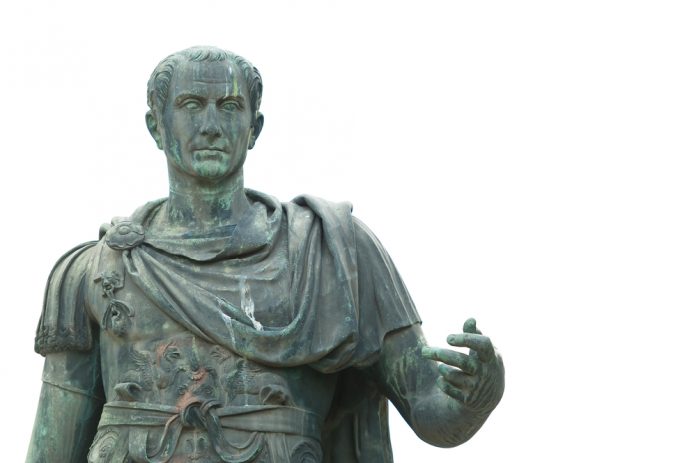 When I was growing up with a Canadian dad and an Italian mom, I was always told to be good.

Along with that goodness I was told to stand up for myself, to fight back, to fight for what’s right, because that’s what goodness is, it’s performing the action against evil, against wrong, and sometimes that means being violent.

Today I hear far too many parents telling their kids to be nice.

Niceness and goodness are not the same thing, and if you’re a man who wants to live a good life, a successful life be it with money or women or family or any realm, niceness isn’t a prerequisite for success…

… And yet, too many modern men are nice and not good, harmless and not dangerous.

They know what words to say in social settings, but if your back is against the wall these are not the men you want standing beside you in a fight. In short, they’re useless.

Jordan Peterson put it like this, “A harmless man is not a good man. A good man is a very dangerous man who has that under voluntary control.”

Harmless men can be nice, but they cannot be good in any dangerous situation, which is when it’s most important to be good.

When it comes to your own life, your own achievement and what you want to pursue, niceness isn’t a factor, in fact, if you’re around real good men, being nice can be a detriment.

So how do you stop being merely nice?

How do you get what you want in life?

How do you become a force of nature?

It starts with the body…

Build your body up to be able to use it as a tool, much like a good man will use a gun.

You can do away with the pleasantries and politics that the weak have to abide by to achieve any semblance of success – though it always comes back to bite them in the end.

The weak have to be liked. The strong don’t care if they’re liked or not, they bring something of value to the table, they’re useful.

Respect plays a big part in this as well. Every man needs to be respected, if he isn’t, he’ll have to look for devious and back-handed ways to get what he wants, like niceness.

Respect starts with the individual.

If you don’t respect yourself enough to put your best foot forward, to build your best body, to look your best and be your best, no one will offer you the respect you think you deserve, but don’t.

If you’re a man, you need to be tough. You can’t be a pussy. The easiest way for you to develop toughness is to feel physical pain everyday and push through that pain, ie. working out.

The more pain you’re able to push through willingly in a workout, the tougher you become in other areas of life.

Theodore Roosevelt is a great example of the strength effect.

He was born sickly and weak. Doctors were always at his house growing up and it seemed like he would be relegated to a room for the majority of his life.

His dad finally had enough. Rather than coddling his son, he taught him to workout, put him on a training regimen, and taught him to fight.

What came of this sickly little boy?

He became a force of nature. Not only was he a great President of the US of A, but he became a rancher, a great hunter and explorer, and he set up the national parks system that has been replicated all over the world.

He lived a life of never-ending action, doing more in 60 years than most men could achieve in multiple lifetimes.

It started with strength.

He built a body that would allow him to explore uncharted rivers in the Amazon, to become a rancher having had no experience, to hunt all throughout Africa and America, the world for that matter.

You’ll have to do what others want you to do because they’re higher up on the food chain.

If you want immediate respect, get stronger.

Next, if you know where you’re going in life, if you have goals you want to achieve, you have no time to be nice. You’re getting after it. You’re moving forward with aggression and purpose, and when others see this they’re attracted to it, they’ll follow you.

It doesn’t happen overnight, it can take years of solitude, working toward a goal, but there will come a time when you’ll lead others.

The world parts for a driven man. It gets out of his way and gives him a hand.

The worst thing a man can be is pitied. That’s social castration, and yet that’s how some men try and get ahead and try to get women.

They slip into the friend zone by being nice, by essentially being a girlfriend, and then after years or many months they make their move.

They’re not respected. Sure, they’re trusted, but it’s all a lie.

That’s what the quote un-quote ‘nice guy’ does.

While the winner is too busy hustling to deal with the girl’s crap, the nice guy’s there, with nothing better to do, being a shoulder rather than a soldier.

That’s why I don’t tolerate a girl I’m dating having guy friends, or at least not spending too much time around these snakes because we know what they want. They want the girl, and they talk crap about you as a means to get what they want.

Be good, not nice.

Have something you’re aspiring to achieve, something big, even your own self-improvement.

Be the best man you can be, get strong, successful, smart, wise, become rational.

Throughout history men have been warriors and conquerors and explorers.

Now that those realms are almost lost, we need to focus our drive in whatever area our souls beg us to go.

This typically means a lot of risk, and facing fears.

Aiming at anything big is scary. You’re putting yourself out into the world, naked, possibly at your destruction, but that’s how men must live.

We must be exposed to danger, to adventure, to failure, to something that scares us to get what we want in life, and even to live a life we would deem as good.

Aggression is a powerful tool in this quest.

This isn’t aggression toward others. A truly strong man doesn’t walk around angry. He’s calm and quiet, like a lion in Africa that’s only aggressive toward a genuine threat.

He doesn’t care about imposters or weak threats.

Aggression is the antidote to fear.

If you’re aggressive, your fear will dissipate.

When you’re going in a clear direction with purpose, niceness slowly fades away.

In my own life I’ve seen this culminate in who I hang around with.

I have no time for complainers, for whiners, for guys who want pity. I only have time for winners, and that’s the make-up of all of my friends.

So if you want to live a great, adventurous, successful life.

If you want to get what you want, forget about being nice.

Find a goal and dedicate your life to it, and get stronger every single damn day.