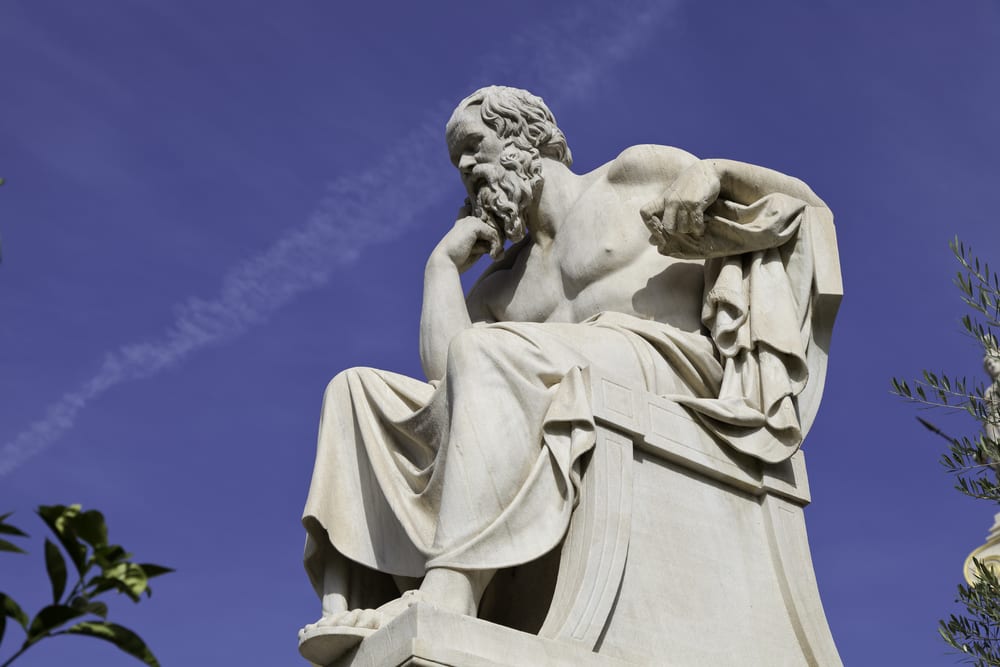 I remember college philosophy as being frustrating. The professor never took a hard stance, never said this is right or this is wrong and would throw out the phrase “slippery slope” any time a good point was made. I learned quickly that the best way to get a good grade was to side with the professor. Needless to say I didn’t get a good grade. (Read This: You’ve Got to Stand for Something)

He made life seem only grey, when we all know it isn’t. There are universal truths. And there are winners and losers. But that’s the way college philosophy classes tend to go. They’re led by teachers who can’t do, but they’re often based on the lessons of wise men who did even more than they spoke.

While teaching at Harvard the philosopher Alfred North Whitehead said that if Plato were to come to our country today, he would first ask to meet not a philosopher, but a champion-class boxer. Socrates was a soldier first, a fact that greatly shaped his way of thinking.

While we hear about the Ancient Greeks in our schools, we rarely hear about nor delve into a simple phrase that was the Greek motto: ai en aristeuein, “always be the best.”

It’s funny that ancient philosophers are praised more in schools where mediocrity is now what we award and greatness is dangerous. Both the Ancient Greeks and Romans competed daily, and in everything. When they weren’t at war, they were competing in games, and not just games of athletic prowess or games used as a means to train for war like the Olympic games. They held competitions for the arts, where men like Heraclitus won the award for the best tragedy.

They competed to see who’d paint the best picture or sculpt the best statue. Aren’t wasn’t some hairy fairy expression of the soul, but a skill, and one that each artist aimed to be the best at.

The same was said about life, even philosophy. You weren’t put here to merely be or “exist” as so many silly beliefs and philosophy teachers and “enlightened thinkers” tell us to pursue. Fuck no, you were put here to be the best at something, at everything,

If you’re doing something the goal isn’t to do it and be done with it. The goal must always be to do the best job you can possibly do.

Our culture has chosen to pick and choose which aspects of history we agree with, and as the years path and we become weaker and more politically correct, we turn an ignorantly blind eye to those things that make societies thrive, like winning, freedom, liberty, and strong men.

The Greeks knew the value of competition – although they’ve completely lost sight of that in recent years, clearly. They knew that iron sharpens iron, that for one man to become his best he must compete against another man trying to become his best, and it’s society on the whole that benefits from these two warriors butting heads. 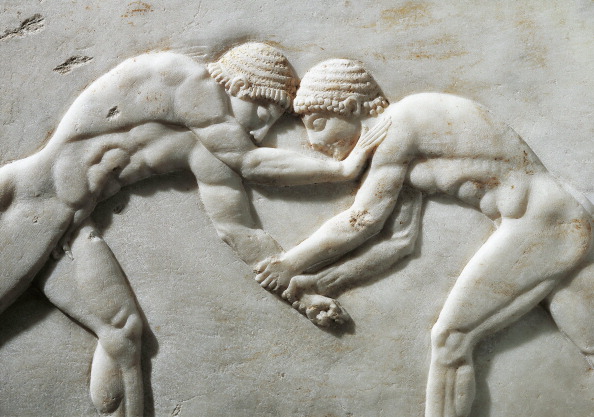 What, however, is the point of doing anything if we’re not trying to be the best?

The best can be determined in relation to the adversary, which can be the man you’re competing against, the task, or the man in the mirror.

It’s the man in the mirror that is usually our greatest adversary. He’s the one that quits early, that doesn’t wake up in time, that gets distracted and discouraged. The man we’re competing against has his own self to contend with, we should be insignificant. If anything the fella we’re competing against provides us with lessons on how we can improve, and motivation with the understanding that while we’re resting, he may be training. (Read This: Becoming the Best Version of Yourself)

The task isn’t an adversary, but a puzzle. When we become proficient and more importantly efficient, we learn how to best use our time and talent to compete. That’s when mastery takes shape and the pure joy of being in the moment is ours.

But why do anything, school, work, reading, writing, training, hunting, sleeping, loving, painting, driving and so on, if we’re not trying to “always be the best”?

Why have we let go of this pursuit and replaced is with a love for mediocrity?

This isn’t political. There are sissies on all sides of the isle. But there’s a growing movement that aims to remove winning from our schools, even grades from report cards, and they’re oddly gaining momentum.

We could call them liberals, or the left, but they aren’t the majority, not close. Those craving for mediocrity are but a very vocal minority. And liberalism was the pursuit of individual freedom and the freedom of the market. Modern liberalism isn’t liberalism. It can’t be. Modern liberalism craves rules, and wants to implement them into every facet of our lives. Classical liberalism wanted the exact opposite; individual liberty.

This weakness believes that fairness must be imposed, and that true fairness means equality. Well, equality cannot coincide with liberty. Equality is “the same”. And where you want “the same”, you must impede those aspiring for greatness and artificially uplift those content with mediocrity. What you end up with is loserville. (Read This: Your Idea of Equality Isn’t Very Fair)

When you stomp on ambition and praise a loser’s effort rather than a winner’s success, over time you end up with far more losers and far fewer winners in a society and culture structured to thrive on the backs of winners.

The weakness is killing the one thing that has made the west have the highest quality of life in the world, freedom. That is, freedom to win and keep what you’ve won.

With all of their praise for the Greeks they really haven’t dug deep into who these people were, nor what they aspired to have. They also ignore how winning effects an entire population, as does losing.

Maybe most importantly they’re utterly ignorant to the fact that life isn’t fair. It never has been and it never will be. And any attempt to make it fair, to force fairness upon its inhabitants has resulted in catastrophic life loss, poverty, and suffering.

PLEASE DON’T GET SUCKED IN BY THE LOSERS

Not trying to be the best is a very bad thing.

It goes against your duty as a man. You have to understand that this life is a gift. To simply be born is a gift. To make it past the age of 5 is a gift. It’s a gift that many have laid their lives down so you can experience it in all of its freedom and glory.

To half-ass anything is a slap in the face of who you think put you here, who gave birth to you, those in your country who’ve fought and died for its safety, and your ancestors.

No matter who you are you have a deep connection, a lineage. Your parents may be great or they may be shite, but somewhere down your bloodline is greatness, is someone who went beyond what’s expected of them, who fought for freedom, for their family, for something good, something right.

Don’t get sucked in by those who say “who you are” is enough.

To die as you were born is to have failed to live.

To end your life without having improved daily, is to have failed to live.

To die with regret, knowing in your soul that you didn’t give it your all is a tragedy that most of us carry to our graves, but we don’t have to.

Pledge to be the very best.

Be the very best father you can be.

Be the very best warrior you can be.

Know that each task you partake in is an opportunity to compete. Don’t leave a single drop in your tank. Give life all you’ve got. Die with pride. Don’t die with regret.

Those who think that being the best isn’t everything, that it’s mean, will surely lay their heads down knowing that, had they the opportunity to do it all over again, they’d march through life with a winner’s mindset.

Previous articleDeclaring a War on The Dad Bod
Next articleHOW TO BE A MAN, BY JOHN WAYNE