Average 2 Alpha
Home Stoic Can You Change Your Life? Daily Decisions to Maximize Time on Earth

Can You Change Your Life? Daily Decisions to Maximize Time on Earth 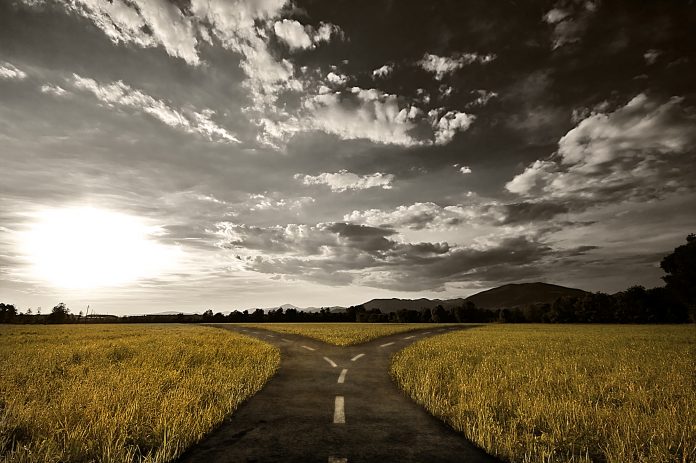 This morning is a perfect example of choices – well, any morning would suffice, this one was no different. (read: how to be a great man)

My alarm rang at 5am. My night’s sleep was broken up and horrible, so that alarm was less welcome than usual.

First choice, do I rise or remain lying down. I rose.

I walked downstairs, made an espresso, and then had a decision about what to do next…

I can read a book, start writing this article, or look at my phone.

I didn’t have a book I wanted to read so I went to my office to pick out something new. I grabbed four possible books, and then sat down, opened my laptop, and started writing this article anyway and wrote until 540am when I jumped in the truck and headed to the gym.

Back from the gym the barrage of choices only increased. (read: 11 important lessons I’ve learned in 34 years)

My mind wandered a bit, I started thinking about what ifs, about the past, about life things. My attention was taken away from the present.

So, I went to my white board and wrote a couple notes, then to my office to get back to this article, one that has actually helped me out of the past and the future and back into what I can control.

Spending time in the past and the future – especially in the morning – can defeat a day.

The choice to act rather than to think brought the day back under my control.

And so, here we are…

The breadth of our choices in life makes the quality and quantity of our lives our responsibility.

Even when we make mistakes in life we can make the choice to repeat them, to dwell on them, to accept that we made the mistake, own up to it, and learn from it.

We can move on or become stuck in the past, stuck in our failure, and become our failure.

The mistake has been made and the only good decision is to move on from it, learn from it, and somehow become better because of it.

My old man’s pal told him that the best thing that ever happened to him was becoming a drunk.

It both ruined his life and woke him up.

He made the choice to learn from something he did to himself and his family, and well, that’s fucking powerful.

No matter the mistake – think about that, no matter the mistake, no matter what results from that mistake or the cause of it, or the scope of the fall-out, the impact on your life and others – the correct choice is always to learn from it and find a way to make the mistake something that improves you, that makes you better, stronger, and most importantly, wiser.

Our choices dictate who we are and what we do and what becomes possible in our lives.

Wealthy people have made choices that lead to the acquisition of wealth.

Both can have the same starting point. Which is why it’s so evil to hate someone for what they’ve achieved. What you have to realize is that it’s simply a matter of choices, both in the micro and the macro.

We can largely choose our persona, our self, our identity.

Freudians will say that much of our unconscious is the result of upbringing and yada yada yada, but you can see even your unconscious by how you act, what you do and pursue, and thus, you can work on what you cannot even know or understand.

You are not relegated to be what you’ve been. It’s a myth, a cop-out. Don’t buy into it.

Even our physique, which genetics plays a major role in, is largely our choice.

We choose what we eat and how often we workout and what we do in the gym. Thus, we can choose our body fat percentage, even how much muscle we have.

We can choose what we do to make money.

We can choose what we do with our time, and largely choose how much money we eventually make.

Our lives are spent feeling that we have no control over what’s going on, over the trajectory and the present situation we find ourselves in, but that is the lie we tell ourselves and that others tell us to excuse us from the life we can and should be living, the one where we take command of it all.

It’s scarier to take command of your entire life, to own it, to really think about every choice you have to make and make sure it’s the right one, the best one, the greatest one you can make because then failure is squarely on your shoulders.

The question is usually asked when posed when it comes to effort and discipline. But it should also be asked or posed in the opposite sense, on not trying.

What’s the point of not trying, and even more, not taking bigger risks?

We have to ask that question both of the positive – effort, grand effort, larger and scarier risks – and the negative – doing nothing.

We can even ask that of the worst negatives, one comes to mind, and I’ll get shite for using this example, but it’s the extreme, and that is suicide.

Someone may want to die because they feel as though everyone around them is better off it they were dead – a lie, one that opposes reality – or that they want to rid themselves of pain or the seemingly pointlessness of existence, but there is even greater pointlessness to ending existence, to ending pain.

If there’s no point in living then there’s certainly to a greater degree no point in dying before your time.

Doing nothing makes less sense than doing something, the choice is simply, what do to – and it applies to every second of our lives ranging from the micro to the macro, from actions to thoughts to goals and dreams to the overall direction of your life.

This isn’t rocket science, but it’s also something that we aren’t conscious of enough in the run of the day. And how we act ‘in the run of a day’, the decisions we continually make or decide not to make which is deciding, still, will give us the meaning, purpose, happiness, joy, laughter, pride in what we’ve done or lack-there-of completely.

Choices are so important, and not making one is as important as making one.

What do you want in life?

This is the question that drives everything, and it isn’t a thing, it’s not an acquisition, something you earn or get, but something you do.

I have no firm answer to this question, which is one I’ve been thinking about for a while now.

I want success, of course, but I know that when I get it the needle moves, and it continues to move. Success is something you never really have if you have ambition because you’re always reaching.

Thus, success cannot be it.

I want a family, but wanting a family too much can lead you to make incorrect decisions about who to make that family with. It is, to a degree, out of your control, so that can’t be it either, and placing your desires and wants in life in something else’s hands isn’t smart.

I want to use my gifts, to maximize what I’ve been blessed with.

That’s closer. That’s something you do, not something you get or realize. It’s less of a chase and more of a way of life, a state of mind.

I’m still working on this.

It’s a tough question to answer as an emotionally unaware fella like myself. I want to do grand things, but that quest is more about who I am and who I become than the thing.

To quantify or describe or understand who that man is, is difficult as well. But it’s a process.

Who you choose to become and what you choose to pursue have to then be brought down to the micro, to the daily decisions you make.

This is where you can create a duality of who you want to become, what that man does, what decisions he makes in pursuit of his ideal self, and who you do not want to become.

Understanding what you do not want and what you should not do helps you make the correct choices in your daily life, which then helps you own your life.

If you own your decisions, success in every area of life is the eventual results, the eventually inevitable result.

LISTEN TO YOUR GUT

The human gut has more that 100 million nerve cells, making it essentially a brain unto itself.

When we hear ‘listen to your gut’, it’s being aware of a consciousness that’s deeper than our attention.

Our attention, or conscious thought, is what we focus on. It’s not always a good indicator of what we really want because our focus can be claimed by things that don’t align with us, who we are, what will fulfill us.

If you have a sense that something isn’t right, listen to it.

If you have a sense that you want to pursue something, at least entertain that pursuit.

WHO I DO NOT WANT TO BE

For me, but this will apply to a lot of men, I don’t want to be the following…

DECISIONS EVERY MAN MUST MAKE

Go through the article and make sure you put in your own things that you want and don’t want.

To end it, here’s a list of decisions you should be aware of, making, and taking ownership of.

Handle your business. Get your shit done. Make the right decisions by understanding what are the decisions you must make and have the responsibility to make.

Decisions Every Man Must Make

Previous articleStay in Your Lane: Never Look to Your Left or Your Right
Next article4 Rules for a Great Life