Average 2 Alpha
Home Stoic The Coward Wants Rules. What We Need Is Freedom.

The Coward Wants Rules. What We Need Is Freedom.

Why Does The Modern Man Wants Less Freedom and More Rules?

I grew up loving freedom. At every opportunity as a wee one I’d run away and chase some adventure. Fear was compass more than it was a deterrent. As I grew up that thirst for freedom only evolved. I was a pain in the ass to teach, whether it was kindergarten or the 12th grade I wanted to be able to make my own choices, accepting the responsibility for what those choices entailed.

When I dropped out of college and joined the workforce I again craved freedom. I didn’t want to answer to someone. I wanted to be my own boss and so I started my own business. At first it was a training business, then a web site. And I failed.

I failed over and over again but I stuck with freedom. If I were to lose it would be the result of my actions. But at least I was failing on my own accord and not under someone else’s direction.

What’s interesting is that I also love to read, yet, throughout high school and college I never read a book. I guess that was more in response to being told what to read rather than not enjoying reading. As soon as I left college, I began to read and read voraciously.

Eventually I bought a house. I’d rather have my own land far away from the city that I grew up in than an apartment that belonged to someone else within it. Again, I chose freedom.

But freedom, today, is a myth.

It’s a myth because for decades we’ve been saying “no” to freedom. We don’t want the responsibility of having to take care of ourselves, to manage our own money, to win or lose on our own merit. We want someone else to take care of that. And so we vote for more entitlements, higher taxes on those willing to work and sacrifice and hustle, and more regulation on those with an idea and the ambition to pursue it. 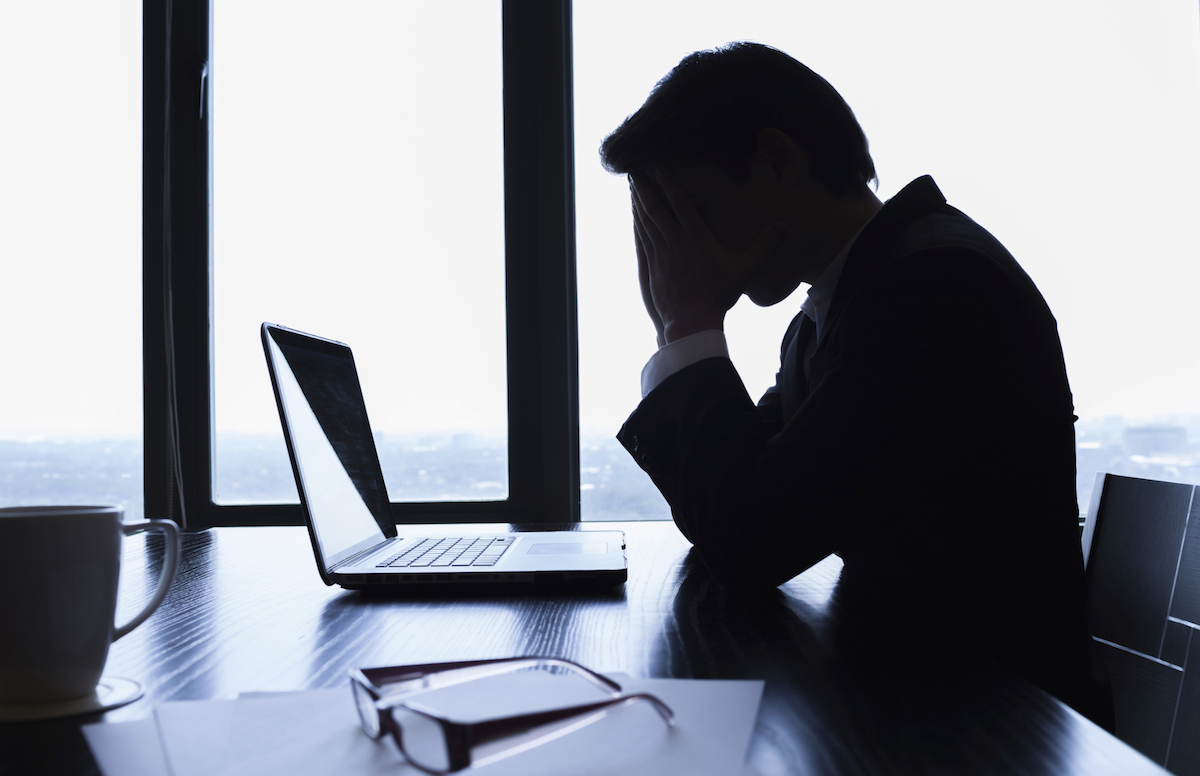 Because of this desire to have someone else ensure our future many see those who’ve acquired money and monetary success as having somehow cheated. We don’t see that at the bare minimum 40% of billionaires are self-made (some stats show it at 70%), or that most of the rich also provide jobs, or that, who cares?! It’s their money; let them do what they will with it. And so, we vote in people who increase regulation. We inhibit freedom because of a cynical view of the world and the wonderful people living in it.

We don’t want to look at the stats. We don’t want to see that the nations with fewer regulations and more economic freedom have less inequality, both of gender and a lesser pay gap. We just want to make it harder for risk takers to take risks and provide services. We don’t understand that everything we wear, eat, watch, drive, and use in our day-to-day is a service provided to us by, at least at one point, a risk taker.

So we double down on the regulations and grow them making it harder and much more complicated to start a business.

We don’t want freedom; we want protection from the big bad boogieman who’s doing so much harm by providing us with food to eat, clothes to wear, and trucks to drive.

And then we were attacked…

We, the free world, were attacked on 9/11, and our response was to inhibit the freedoms of our own citizens under the guise of the Patriot Act.

I remember my old man telling me stories about his travels when he was in his early to mid twenties. He’d simply hop on a plane and see the world. He’d navigate through borders easily seeing North Africa and the Middle East. He’d venture into Europe with ease and without a passport.

What’s more, is he’d go hunting with his uncles without a gun license. He’d go fishing without worrying about the season or the legalities of fishing in one particular spot or another.

And then there’s the fearful modern man who wants less freedom and more control by a government that thrives and grows and mutates as it gains more control. And so, he doesn’t want a man to be able to defend himself or his family. He wants that man’s safety dependent on an agency (and God bless the men and women who police us and fight our fires) that’s a bare minimum of 20-minutes away from where we reside.

The modern man would rather have a man not be able to defend his home based on the fear that arming him would enable him to hurt this modern weakling in his home. A gun is not needed to harm the modern man; fists or a baseball bat would clearly suffice, or some insensitive comment that sends him running to the ladies room in tears.

He’d rather have gun-free zones where criminals are allowed to hunt the un-harmed. He’d rather have homes gun free so we can be hunted in our habitat, because, as his ignorance reaches new heights, he somehow thinks that criminals obey laws.

He wants to disarm, over-regulate, and over-tax.

But he doesn’t want to help…

Those who want higher taxes pay less tax on every income level. They want your taxes, not theirs. Those who want to disarm you live in places where gun crime is rampant and far higher than in places where guns are legally allowed to be carried. The modern man, the guy who wants your tax dollars and your guns also wants to make it tougher for you to start a business that he’d likely benefit from.

He wants to make it harder for you to thrive. (Read This: 3 Hacks That Help You Thrive)

So why does he want more rules and less freedom?

He’s afraid of war, yet he wants to welcome refugees from nations who have vastly different customs than his. Nations who don’t respect women, nor freedom.

He’s stupid because his bleeding heart has left no blood to run his brain.

He sees the 2 out of 10 refugees that are women or children, and not the 8 out of 10 that are able-bodied, angry young men, and he wants to welcome them into his country and give them homes with tax dollars that he doesn’t pay.

But he won’t dare defend them. He won’t dare enlist nor send troops to their homeland so that these innocent men and women can live where they want to live, home. That makes too much sense for him. (Read This: You Know You’re a Pussy If…)

He’s a scared little man, this modern man, what’s sad is that he’s now the majority. 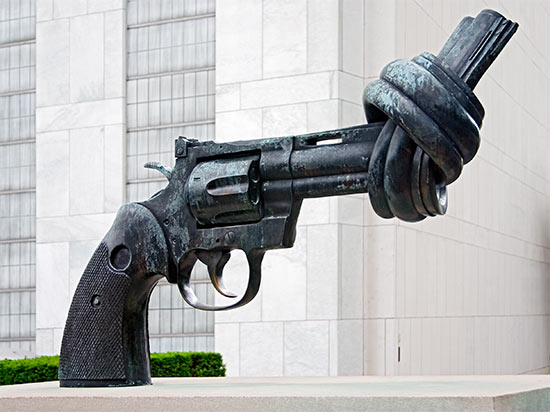 He isn’t self-reliant. He couldn’t live in the country, let alone the woods. He couldn’t form an educated opinion on anything, he merely spits out what’s right and what’s wrong with little logic and no fact. It’s against his beliefs to see the big picture.

He’s weak. He cares more about the clothes he buys than his character. He’ll get a girl pregnant then march her to the abortion clinic. Responsibility is his kryptonite.

“He’ll get a girl pregnant then march her to the abortion clinic.”

He wants change, but he doesn’t know what he wants change from. He uses phrases like, “I’m offended” and “that’s offensive” and completely shuts down when an opinion that differs from his own is voiced.

This is the modern man.

This cannot be you.

Many a year ago a nation was forged in battle. It was the first free nation where a man’s vote mattered. Where his liberty came first and the whims of the government came second. It was created at a time when the world was ruled by monarchs and the wealth was held by but a few.

And now this modern man is intent on bringing us back to a time when the few ruled. He wants to grow government and increase regulation and inhibit your freedom. (Check This Out: 33 Steps to Freedom)

But this society was built on the backs and with the hands of strong men and it once again needs the cream to rise. The first free, democratic society needs self-reliant men. We need action-takers and risk-takers and defenders of freedom.

By God, live it free.

Chad Howse: Chad’s mission is to get you in the arena, ‘marred by the dust and sweat and blood’, to help you set and achieve audacious goals in the face of fear, and not only build your ideal body, but the life you were meant to live. He’s a former 9-5er turned entrepreneur, a former scrawny amateur boxer turned muscular published fitness author. He’ll give you the kick in the ass needed to help you live a big, ambitious life.