Average 2 Alpha
Home Stoic Why Are You Here? 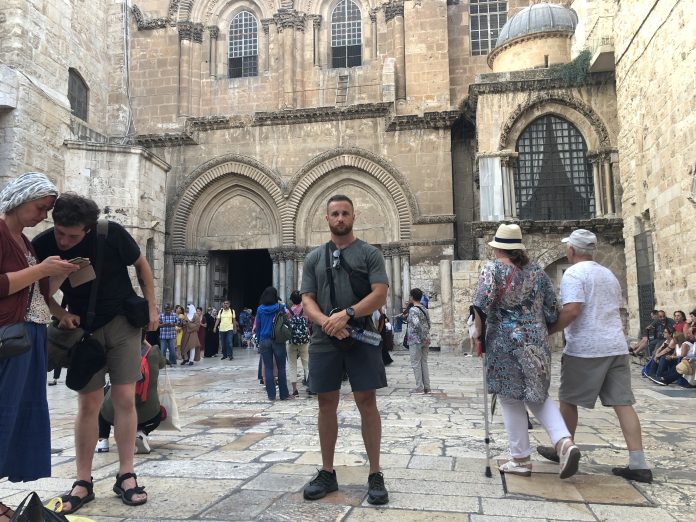 Why do you do what you do?

We all think we’re making that decision, that choice, or those series of choices that will help us live well but we’re not.

We’re not thinking of living well so much as we’re thinking about living successfully or, to some degree, how we’re expected to live.

We have an overarching goal, but we haven’t dug deep and really thought about whether it’s the right goal, and whether achieving it and giving our lives to it will give us what we really want.

And what do we really want?

So few among us know!

We think we want happiness, but chasing happiness is like chasing a fart, you’ll get a whiff of it but you’ll never fully possess it.

So, we chase security, freedom, power, fame, money, whatever, simply because that’s what the best in whatever field we’re in do.

Now, I’m not saying that these things are bad, they’re not, but with the seconds ticking down to our death, it’s important that we choose rightly, optimally, ideally.

To achieve something and to find out too late that it was the wrong thing would be a horrible way to end things.

To do nothing is even worse.

To live wrongly in the moment, in the micro, with the wrong outlook and the wrong drive, would also end in regret and ruin.

The Macro. Why Are You Here?

Steven Pressfield wrote, “To feel ambition and to act upon it is to embrace the unique calling of our souls. Not to act upon that ambition is to turn our backs on ourselves and on the reason for our existence.”

I agree. We’re here to hunt something great, but the media, advertising, culture, the mob, they influence what we see as our ambitions.

Often, what we think we want is what something or someone tells us we want.

Simply, be careful. You’re here to do something great, but great to you, important to you, and no one else.

Humans need achievement, but the rewards from the achievement shouldn’t be the thing we attach our meaning to.

We should gain meaning from what we do, how we do it, and who we are while we’re doing it.

The Micro. Who Are You Here to Be?

Humans, unlike other animals, are rational. Ethics, virtues, right and wrong make us human and thus, making the rational, true, virtuous decision will not just propel us forward, it will give us peace.

You’re not lazy, but you’re also not foolish.

You’re not mean and spiteful, you’re kind and generous.

You’re not cowardly, but courageous.

You can define the virtues you want to live by, and then you can live by them.

99.999% of the population, heck, of the history of the species, won’t sit down and determine who they want to be.

Finally, an actor (Matthew Mcconaughey) gave a speech at an award show and by God, the fella made a wonderful point.

Your hero being who you ideally want to be 10 years from now.

When we look to heroes we are not, we aspire for things who are not true to us.

When we create our hero based on who we are, what we want, what we’re aiming at, our strengths, and so on, we create a truer ideal…

…Mind you, one we’ll never truly become, but a worthy thing to chase nonetheless.

Forget about anything you think is holding you back.

Forget about past failures and only think about unlimited possibilities.

Think of the virtues, how you act, what you’ve achieved, how you’ve impacted others, and so on.

Make it grand, but make it true.

Taking the time to think about where the hell you want to take your life is time so well spent it’s hard to calibrate.

To just live, is to open your life up to future and unalterable regret.

Write down this hero.

Then work daily to become him.

Have the habits, the thoughts, the virtues, the tranquility that this soon-to-be great man possesses.

I have no clue.

That’s for each of us to figure out, but to not spend time thinking about things like this is to risk wasting something so fleeting and so precious.