8 Rules for Life: How to Stop Comparing and Start Winning

“Comparison is the thief of joy.” Theodore Roosevelt

Nothing good comes from comparison. Not good can come from comparison, and even those things that are good turn sour by that nasty little habit that’s become far too common today.

It’s easy to compare. We know far more people than we used to (without truly knowing them at all). We have visual access to snapshots of their lives that they want us to see, without the visuals that they do not want to show.

There are so many paths in life that yield so many different results, give varying benefits, and provide results at different times in life that comparing is even more futile than it once was.

The only certainty is that comparison would rob the guy who finds success later in life of the energy, motivation, happiness, and perspective that would warrant that eventual success.

When you’re comparing yourself to another person, you never have the full story, for one, but you’re also going to look down on yourself if they’ve in some way done more than you or earned more than you. You’re going to miss a lot of what’s going on because you’re not looking at your own life but at a piece or part of someone else’s.

You’ll fear that you’re not on the right path. You’ll get off the path before you should, having to start from scratch in an entirely new endeavor. The fella who you were comparing yourself to is ignorant of this comparison, he’s just working. He’ll stay on his path, and persistence and consistency in a focused manner is far better than massive amounts of work done in constantly differing focuses.

You’re going to win in life if you stay the course, more than you would if you constantly jump ship, into another field.

If you compare you’re also going to worry that you’re not doing enough, doing the right things, or you’ll create some new thing to worry about that really doesn’t need to be worried about.

You’re going to be consumed by unnecessary stress. The good stress is the kind that we need for growth, the bad kind is worry.

It’s futile and destructive to compare your path, life, journey, business, home, land, truck, income, and so on, to someone else’s. It’s a cancerous thought-process that eats away at the host.

Rules for Life: How to Not Compare

1. Have more than you show, and speak less than you know. – William Shakespeare

Don’t feel the need to proclaim what you know, to belittle someone else for not knowing it.

In short, take pride in being humble. That sounds oxymoronic, but if you’re going to be proud of something, taking pride in the work you do while being humble is worthy of being proud of.

3. Accept that everything happens for a good reason.

From The Art of Living, by Epictetus.

“Our busy minds are forever jumping to conclusions, manufacturing and interpreting signs that aren’t there. Assume, instead, that everything that happens to you does so for some good. That if you decided to be lucky, you are lucky.”

Comparison is a perspective. Seeing the good in situations rather than always thinking that life is a curse, is also a perspective. Both are choices you have the capacity and the power to make. Make the one that will give you more energy, appreciation, and joy.

4. Disregard what doesn’t concern you.

It is actually a good thing to be thought foolish and simple with regard to matters that don’t concern us. Don’t be concerned with other people’s impressions of you. They are dazzled and deluded by appearances. Stick with your purpose. This alone will strengthen your will and give your life coherence.

You have what you’re after, don’t try to become a master of things you’re not trying to achieve. Henry Ford sued the Chicago Tribune for essentially calling him ignorant. In the trial, the defense questioned him about all manner of things to measure his intelligence.

Ford’s response was an insight into just how the man become so wealthy and powerful, he only concerned himself with things that propelled his business forward, which is damn smart if you want to build a business. To paraphrase, Ford said he had a device on his desk that had a button he could press that would call an assistant of his that could answer any one of the questions being asked by the lawyer for the newspaper.

In short, Ford won in life because he focused, he wasn’t concerned about arrogant intelligencia, but about selling cars and employing American workers.

5. Don’t put a timetable on your success.

One of the best books I’ve ever read is Thoughts of a Philosophical Fighter Pilot, by Jim Stockdale.

Stockdale was a fighter pilot in the Vietnam War, a hero of a man who organized fellow prisoners of war to be able to endure the torture handed out by their captures, the Vietcong.

Vietnamese prisons were notoriously brutal, and often so in an effort to get prisoners to cave and turn on their nation and receive benefits for doing so, but also selling out who they are, their morals, and what they stand for in the process.

Stockdale, like Viktor Frankl in his wonderful book, Man’s Search for Meaning, noted that it was often the optimists who folder, broke, and even committed suicide. They’d place false ideals based on no evidence on their future release.

They’d say, I’ll be free by November, I just have to make it to that day. Then November came, they weren’t free, and they’d push it to December. After so many setbacks and letdowns, they’d break.

Those who accepted the horror of where they were, dealt with it accordingly.

You have to accept both where you are and who you are if you’re going to live a great life. Know and accept your weaknesses. Know that your time will come when it comes, and when it should come. Don’t expect it at a certain date, you’ll too often be discouraged, and for no reason.

When you compare yourself to others, this tends to happen. You say I’ll be on their level by this date. But that’s not how it works.

Success, happiness, freedom, power, they all come when they come. Accept it.

If you want to have the discipline to stay in your own lane and win your own game, get a FREE copy of my new audiobook the Lost Art of Discipline

6. Don’t aim for acceptance or admiration from others.

From Epictetus: Do your own useful work without regard to the honor or admiration your efforts might win from others. There is no such thing as vicarious merit.

You’re on your own path. Its success isn’t determined by rewards, awards, or praise, don’t aim for them. If someone else is getting them, applaud, but don’t make that your focus, ever.

7. Don’t blame anyone or anything.

Things are. They occur as they occur, and while we can control our effort, our discipline, our thoughts, our reactions, we cannot control how or when things happen.

Epictetus: Small-minded people habitually reproach others for their own misfortunes. Average people reproach themselves. Those who are dedicated to a life of wisdom understand that the impulse to blame something or someone is foolishness, that there is nothing to be gained in blaming, whether it be others or oneself.

Set your focus only on what you can control! Man, this is a profound change in thinking that gives you all of the power you can possibly have over your life, what you do with it, and what you achieve in it.

Focus only on what you can control.

You cannot control what buddy achieves, so don’t. You can’t control when your success arrives, so don’t try to. Work diligently, focus, and allow the outcome to come when it comes, if it comes, and how it comes.

If you focus on things that are out of your control you ensure that your best self, your best work, is not given.

You ensure failure in some form.

Focus only on the things you can control, and let life happen as it will happen.

Finally, one last thought from Epictetus:

Keep your attention focused entirely on what is truly your own concern, and be clear that what belongs to others is their business and none of yours. If you do this, you will be impervious to coercion and no one can ever hold you back. You will be truly free and effective, for your efforts will b put to good use and won’t be foolishly squandered finding fault with or opposing others.

If you want to have the discipline to stay in your own lane and win your own game, get a FREE copy of my new audiobook the Lost Art of Discipline 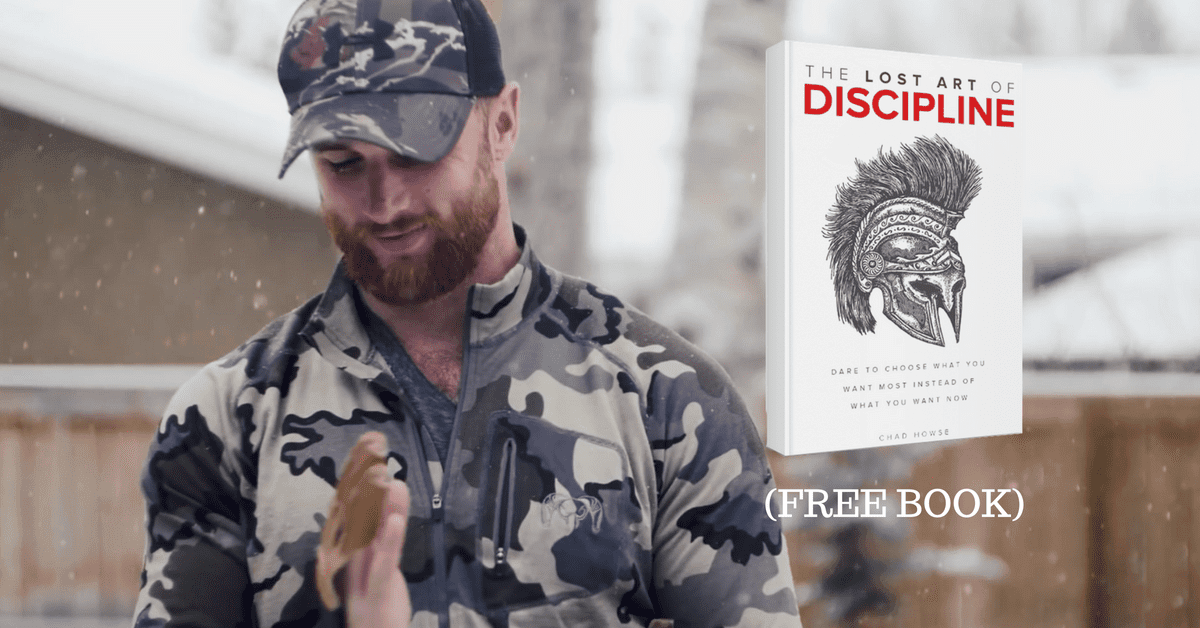