Average 2 Alpha
Home Stoic A Credo to Live By 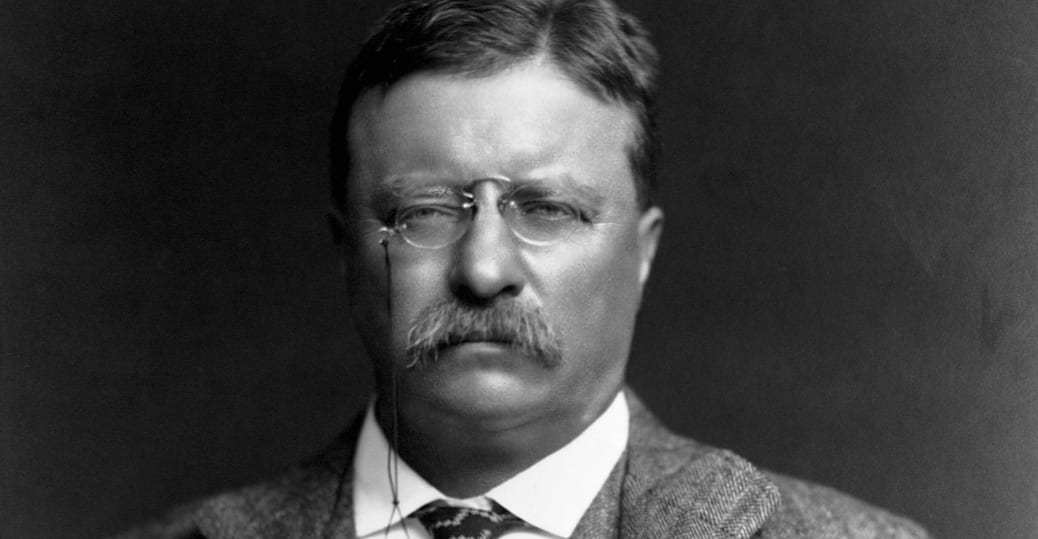 Just let it all go…

Every piece of emotional baggage, every failure, every loss, everything that holds you back, gets you down, or makes you look at your life like it’s less.

Remove every comparison. Stop looking at others, how they’re living, what they have, what they’re doing, who they’re with. (15 steps to become a better man)

Just let it all go and live by this one simple credo:

Do what you can with what you have, where you are.

Maybe he said it after his wife and his mother died within a day of one another.

Maybe he said it when he was out west, trying his hand at ranching, and within days of losing it all.

Maybe he said it when he was in Cuba, fighting a war, about to charge the guns alone on horseback.

Or maybe he said it when he was mapping the Amazon River after his presidency, and he was dangerously close to dying.

The point is, that in life we find ourselves in times of struggle, despair, even depression, failure, and fortune.

We have ups, downs, tragedies, and everything in between, and the only thing we can really do is to do the best we can with what we have, where we are.

If we would only do that…

If we would only focus on what we can do right now, with what we have, we would inevitably live a great life, and we would eventually find ourselves in a position that was once a pipedream. (read: what is a good life)

There’s futility in trying to control what you cannot control, and there’s deathly danger in it, too. Yet, that’s what most people find themselves doing.

They compare where they are with where others are which makes them feel like shit about where they are. The fact is that they’re there, and there’s nowhere else they could be, so why not make the best of it, enjoy it, or find a challenge in it?

They use words like “if” to justify a lack of work in the present.

If I had more energy, more money, a better starting point, then I’d have a great life.

Think about life on a very practical level.

Think about what you can and can’t do. I’m not talking about placing limitations on yourself on what’s possible and what’s impossible, that has more to do with your idea of the future than the present.

With the present, there really is only doing your best in this moment.

There peace in this…

I’m at peace when I know I’ve done the work.

I’m at peace when I’m not focusing on what I don’t have.

I’m at peace when I’m in something. Maybe it’s a struggle, solving a problem, in a book, an activity, or simply sitting with a cigar, thinking.

We invite a lack of peace into our lives when we don’t do what we can, but also when we ignore what we have and where we are. (read: you’re lucky to be alive)

I’m not even talking about pity. Pity is the worst thing a human can feel. It’s a choice, and a shitty one at that. It’s an illusion, a false perspective.

Aside from pity, though, wishing something was different is truly weakness.

Wishing something was different isn’t aiming at a goal, it’s shitting on reality, and we don’t need to compare our lives to someone else who seemingly has it worse to appreciate what we have, where we are.

Heck, we just have to have something worthy to work on.

Where do I start?

That’s a question I come across a lot, and one I’ve asked a lot.

The answer comes back to the TR quote. You do the best you can with what you have, you become great at what you’re doing, and then when an opportunity comes, you pivot.

The amount of stories I’ve heard of wildly successful fellas start in the most odd ways and weird jobs and just horrible situations are endless.

Paper routes turned into empires. Betting it all on a land deal that goes south, spending a decade to pay the loan back, refusing to declare bankruptcy, and eventually nearing billionaire status.

We don’t hear about these stories because we typically only hear about the unicorns, the ideas that turned into billions, but even those had incredibly obstacles and more work than anyone of us can comprehend.

I don’t know a lot, but what I do know is that we have to be in reality, but our reality, not anyone else’s.

Aim high, live hard, and do what you can, what you must.

This is the meaning to life.

It’s the path out of depression. It’s the path to meaning, success, happiness, and purpose. And everyone can do it.