6 BOOKS THAT WILL HELP YOU CONQUER DEPRESSION 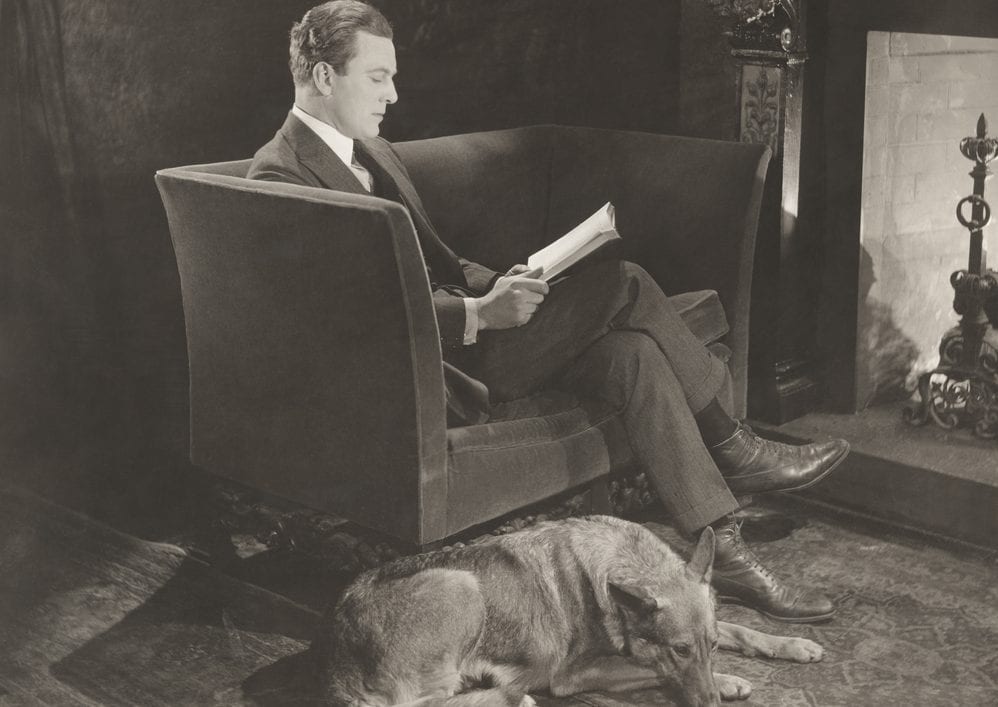 Can Depression Be Conquered?

Depression is seen as something that happens to you, thus, we see it as a curse. Can we, then, work at enacting some power or control over this evil?

The following books will help you do just that.

The purpose of a ‘self-help’ book is to show you how to help yourself. Too many such categorized books, don’t do this. I’ve read books from the self-help section in the book store that don’t in any way deal with reality.

They’re filled with fluff and nonsense. They’re written to make you feel good so that you’ll buy another one of their books, but they don’t actually give you any guidance to solve your own problems.

The truth is, we have far more power and control over our lives than we realize. We think things happen to us, neglecting to see our role in how we respond to the event.

The goal of every man should be to live a good, flourishing, powerful, audacious life. We should all aspire to be of value. If you’re down in the dumps, depressed, surrounded by darkness, by all means, talk to someone, seek help, but, as a man, also aim to figure things out for yourself.

No matter the problem, you can be the solution.

To be at your best you have to see your life as it is, not as you wish it to be, nor as you perceive it as, but how it is. From there, from a place of reality, where you see the good, appreciate what you have and work to get what you don’t, you can begin to rise.

I was sceptical about this book because of its title. When I started reading, however, I was proven wrong.

The premise of the book is that depression isn’t a natural human state, but a construct of our only recently ‘modernized’, industrialized, technological society. It wasn’t a premise that was born and then sought out to be proven, but one that came as the result of an interesting finding.

The research found in the book focuses on modern hunter-gatherer societies, where the scientists found no cases of depression. Studied for up to a decade, none of these societies in Africa, New Guinea, and elsewhere, who have to hunt their food, who have no money, no technology, and live in huts and tight-knit communities, suffered from depression. 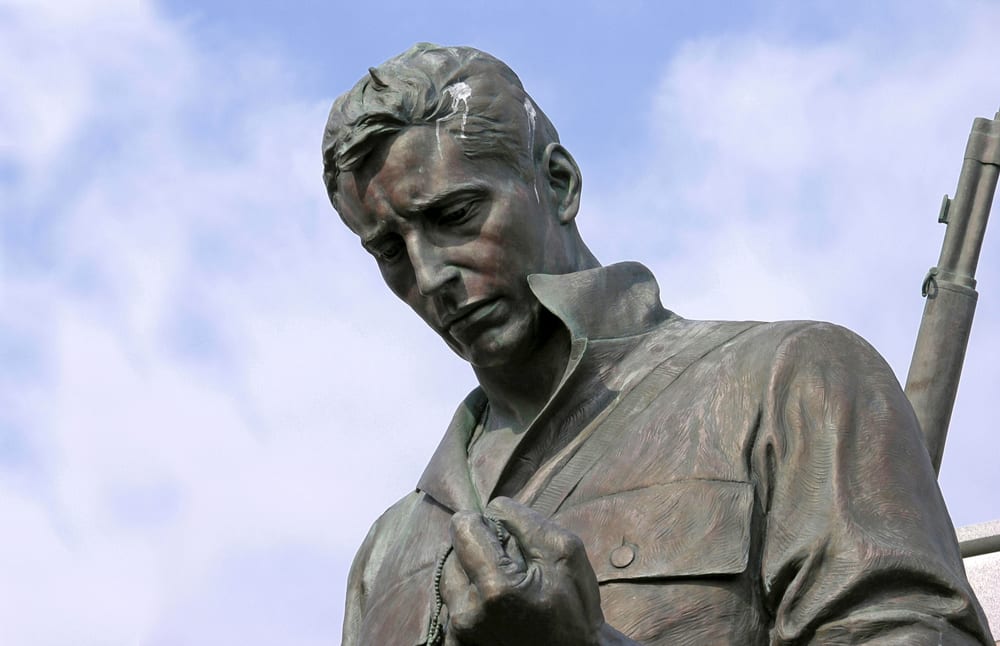 Compare that to the most affluent areas in our biggest cities, where everything that one needs is within the click of the mouse or a quick drive, where depression is rampant.

It appears that we’re still genetically programmed to live like hunter-gatherers. That is, we need the high amount of omega 3’s found in game meats. We need the close connection of a tribe. We need the struggle of surviving in rural parts of the world. We need the daily exercise we get from hunting and fishing with primitive tools.

Technology is great, but it allows us to avoid what we need to do to live a mentally healthy life.

The book isn’t just findings, but solutions as well.

It gives you things you can do to climb out of the depths. The tough part is actually doing them, but that’s where we separate the men from the weak. It’s when you’re at your darkest that you have to stand up and move.

Viktor Frankl formed his ‘logotherapy’ in the Concentration Camps of the Second World War, where men and women and children were imprisoned and tortured and murdered for their race and ethnic background by the millions. There’s no sense or logic to such evil, so quitting, giving up and throwing your hat in amidst such evil actually makes sense.

Some did, many did. Frankl saw others, however, who – even within such darkness – found meaning. Rather, they created meaning.

Everyone should read this book. No matter what evil has happened to you, you still have the power to choose how to respond to it. There is no circumstance where you’re powerless.

3. Thoughts of a Philosophical Fighter Pilot

James Stockdale was a fighter pilot who was shot down during the Vietnam War and placed in a torture camp. These guys didn’t treat prisoners of war like they do in America. They were subjected to mental and physical torture that Stockdale talks about in the book.

The beauty of this book is how it shows the reader how to endure. It talks about truth and how to find truth when the lines between right and wrong are incredibly difficult to see.

Do you do as your captures want you to do and get fed, clothed, and cleaned? Or do you stand by your values and continue to get tortured?

How does someone know what’s right when pitted with decisions like that?

If they’re able to find clarity amidst the blur of a torture prison, how can we not find clarity in our daily lives?

Click Here to buy Thoughts of a Philosophical Fighter Pilot

If Stoicism could be confined to an idea, you could say it’s the ability to determine what demands your attention and thoughts, and what doesn’t. 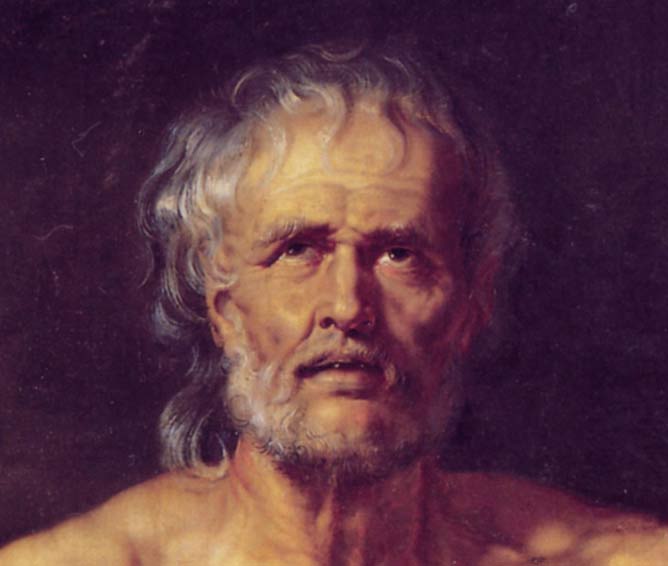 We spend so much time focusing on things that we shouldn’t focus on. We fret over things we don’t control and ignore our role in events.

Choose all of or one of the following books and set out to read just a few pages per day. Read, then give what you’ve read the time and respect needed to mull it over, contemplate what it means and how to enact it in your own life.

On the Shortness of Life – Seneca

One thing we each have to realize is that we can endure far more than we can even comprehend. Each of us are survivors, and each thing we push through, break through, and survive strengthens us.

Unbroken is an example of a man who endured senseless torture, who was targeted by an evil bastard in the Japanese prison camps of the Second World War, and yet came out of his years-long ordeal, as a better, kinder man.

Louis Zamperini is one of the greatest men you’ll read about, and we can all benefit from having models who’ve gone through far worse things than we have but found a way to rise out of them with a positive attitude.

6. The Obstacle is the Way

Sometimes the thing that brings us the most grief is the solution. Sometimes our greatest obstacle, very thing we think is preventing our happiness, can get us closer to peace and meaning.

Ryan Holiday, the book’s author, does a great job of bringing timeless ancient wisdom and presenting it in a way that the reader can immediately implement.

When we can begin to see the route to what we want through the obstacles that we think we’re cursed with, clarity ensues, and we’re able to truly take control of every aspect of our lives that we can possibly have control over.

Click here to buy The Obstacle is the Way 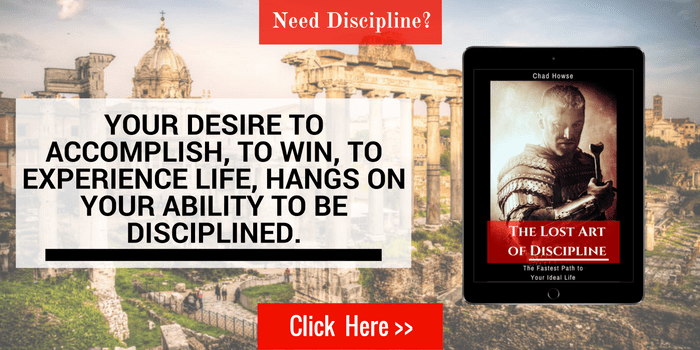 Previous article7 THINGS EVERY MAN SHOULD ASPIRE TO ACCOMPLISH IN LIFE
Next article11 NO B.S. WAYS TO BE CONSISTENTLY MOTIVATED