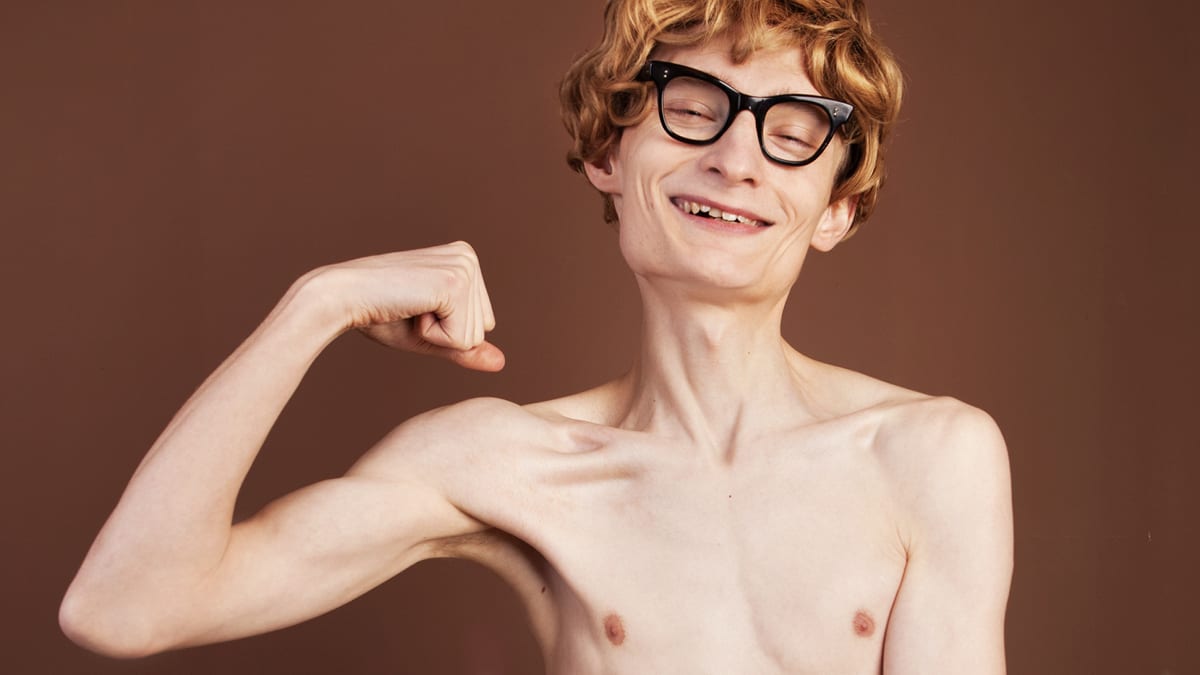 Growing up I was always the skinniest kid in the class. I was the smallest guy in my group of friends. And I was the thinnest one in my family.

I’m not going to sit here and lie to you about how I was picked on or how much girls detested my skinny frame.

Truth is, most girls in high-school (at the time) seemed to have preferred the skinnier guys.

And being brought up in a very macho household, a household where if you got beat up, then your dad would walk you right back to the bully’s house to fight him again, the chances of me getting bullied were slim. (Check this out: 10 Lessons Every Father Should Teach His Son) 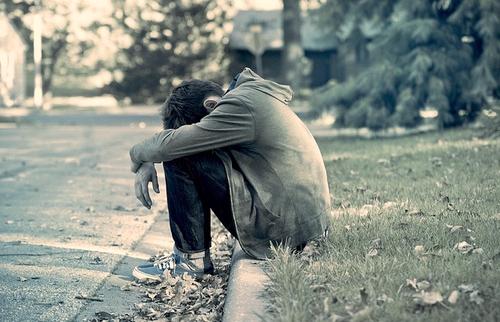 It wasn’t until I had finished high school, started college, and transitioned into adulthood that the insecurities set in.

At this point all of my friends where 20-40 pounds heavier than they were in high school. They all grew beards (or at least had the option to), and for the most part were all in serious relationships.

No facial hair, no serious girlfriend, and was still walking around at the same weight.

You see, most of the time when you hear about a skinny guy transforming his body into a jacked powerhouse, the transformation is similar.

They’re extremely skinny and “prove” this by showing you a picture of them in high school. Then they show you a picture a few years later where they’ve packed on a great deal of size and say it happened in weeks.

But let’s be real…

Everyone is skinny in high school.

Some skinnier than others, but for the most part, unless they’re wrestlers, football players, or on the weight lifting team, they’re scrawny.

And 99% of these guys end up putting on size naturally as they get older.

I was literally the size of a high school girl while I was close to my mid-20s.

But the issue didn’t come from people bullying me due to my small size. Heck, I even sort of had the reputation for being the playboy of the group.

But one thing was missing…

I didn’t feel like a protector and to be completely honest, I sabotaged my relationships due to these insecurities.

As silly as it may seem, I lived terrified that some bigger guy would just steal my girlfriend away.

And it wasn’t until I completely transformed my body and packed on 27 lbs of lean mass in a matter of months that I began feeling like a man.

Because this topic is so near and dear to my heart, I wanted to share exactly what I did to finally look like a man, but more importantly, feel like a man and be able to walk into a room with my head up.

Here are the 3 biggest mistakes I was making that completely sabotaged my ability to gain a single pound.

Most skinny guys have the same mentality when it comes to food. If you ask 10 hardgainers how much they’re eating, every single one will go into a story about how they eat everything in sight. You know, similar to the overweight person who swears they eat extremely clean and healthy yet they continue to gain weight.

But the truth of the matter is, the only thing that determines whether or not we gain weight is energy balance.

Energy Balance: is defined by the laws of thermodynamics and dictates whether weight is lost, gained, or remains the same.

If we can manage to eat in a positive energy balance, consistently, then no matter your genetics or metabolism, you’ll gain weight.

To put it simply, if you’re not gaining weight, you’re not eating enough, period.

So how can we ensure we’re eating enough to create the surplus of calories needed to put on size?

Take your bodyweight and multiply it by 16-18 (the more active you are, the higher on the scale you go).

Before we continue, let me quickly explain that the numbers 16-18 are not just random numbers I’ve thrown together.

These numbers are based on things such as:

The sum of the equation (BW x 16) becomes your daily caloric intake.

Once you’ve got your daily calories figured out, it’s time to track them daily. And this is where you’re going to realize that you weren’t eating nearly enough in the first place.

Our body is designed to work as a unit, not in isolation.

The mistake most hardgainers make when they’re in the gym is that they focus too much on trying to bring up certain muscle-groups as opposed to focusing on bringing up overall size in general.

The problem with this approach is that:

And that’s just the tip of the iceberg,

Let me dive a bit deeper into each one of the items I mentioned.

1.) To get a better understanding about protein synthesis, read this.

2.) Neuromuscular efficiencies: “the ability of the nervous system to properly recruit the correct muscles to produce and reduce force as well as dynamically stabilize the body’s structure in all three planes of motions”

3.) Look at the table below. This table shows the intensity level of someone training their chest on a 5 day split (where you train each muscle-group once per week).

Basically what you’re seeing is the trainee’s intensity decreasing slightly as he gets further into the workout. This is simply due to the chest getting more and more fatigued as the workout continues.

Now look at the second table. This table shows the intensity level of someone training their chest with less volume but more frequently (3x per week).

It’s not hard to see that despite both examples performing 12 sets of chest work per week, the trainee who splits it up into 3 separate sessions is going to achieve a greater amount of total workload.

So ditch the old-school bodybuilding methodology created by and for drug users and start training smart and efficiently using a strategic approach to weight training.

I know what you’re thinking.

“I would know if I was growing, bro.”

But let me explain.

Putting on size can happen quickly while visual differences happen extremely slowly. Especially since we see ourselves every day.

Think about babies. They grow quickly, but if you have one in your household, you’ll hardly notice how much bigger they’re getting until you’ve gone for a doctor visit and the baby is 5 pounds heavier.

It’s because you see the baby on a daily basis and the small changes over time are hardly noticeable.

But take someone who saw your baby at birth and then again after a month. I bet the first thing out of their mouth is “oh my goodness he’s grown so much!” or something to the effect.

So if you’ve been eating enough and training correctly but still not looking bigger, then consider this.

Weigh yourself each morning on an empty stomach. Write the weight down and do this daily. Once you’ve done this for one week, take an average of your weigh-ins. Do this again for another week and compare the averages. If that average is going up, then you my friend are in a caloric surplus and growing. If for some reason the average weigh-in remains the same, then you’ll simply bump your calories up slightly and repeat.

Other forms of tracking progress would be pictures (perhaps take one each month) and/or measuring specific body parts (i.e. arms, legs, chest. Etc).

But the one thing you don’t want to do is expect yourself to wake up one morning looking significantly bigger than you did the day before. That’s a sure way to kill your motivation and leave you stuck in your tracks.

Building size isn’t easy, but it’s not complicated. If you can manage to consume more energy than you’re expending, train in an optimal fashion, and be consistent, you’re guaranteed to get bigger and stronger.

If you’re looking for a done-for-you training program proven to take skinny weaklings and transform them into jacked powerhouses, then grab Bony to Brawny, eliminate all the guess work, and start transforming your body today. 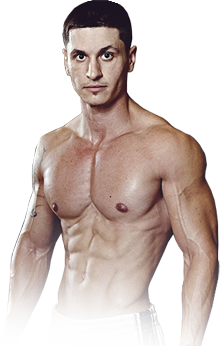