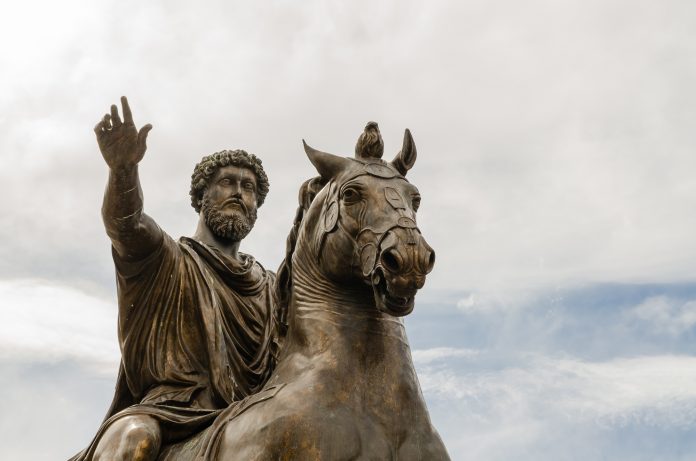 As the Stoics believed…

I hate to write the conclusion of the email at the beginning, forgoing any suspense that may lead you to read further, but you are dying.

Of course you know this, we all know this, in theory, but we don’t really know it in truth, in feeling, in the depth of what it means and without the fear and sorrow that usually accompanies this realization.

Christ died asking His Father to forgive those who nailed him to the cross.

Marcus Aurelius died perplexed by the sorrow of those around him, telling them to “go to the rising sun, for I am already setting”.

Samson died with his hands pressed to the columns that would kill hundreds or thousands of his enemies along with him.

William Wallace died – at least in the movie – screaming for freedom.

Socrates died by his own hand rather than giving the satisfaction to another.

At some point we have to come to grips with the fact that death is constant and completely natural. We have to feel it, without being gripped by the sorrow that seems to want to make it unfair.

Death isn’t unfair. It just is. The simple task we’re given is to die well, and in dying well we end up living well.

In living well there’s achievement, honor, virtue, and our character.

You can achieve with bad character, but you cannot live well without it.

We live in a society that has visualized success, but success is far far far greater than a big boat or a pile of money, these things are man-made, they’re fickle, they can be claimed by the crash of an economy or some catastrophe that we hold no power of.

Our character defines how we respond to catastrophe and success. There’s nothing visual about character.

It isn’t seen in big biceps or a flashy car. You can’t hold it or sell it, nor can you necessarily profit from it. But you can win with it.

There are times where your virtue will demand you take the less lucrative route, where you push someone else ahead and take a backseat to their success. There are times where you will have to make the difficult decision and you’ll be alone with that decision, and the victory isn’t fame or popularity or even wealth, but something more important and more powerful, a calm, peaceful, stoic soul.

It’s hard to argue that character is more important than fame because if you ask most modern humans they’d choose the latter in a second.

But it is. And it’s something you hold that no one, no thing can rip from your arms because your character is you.

Christ’s character brought Him death, as did Socrates’. There isn’t necessarily a reward for being the most virtuous and the simple desire for an award for being virtuous shows a lack of virtue.

But to be a man of character, a man of virtue, one so strong in his life that he welcomes death with a smile, with peace, devoid of sorrow, is to truly be a great man, a hero amongst mortals.

I’m not trying to sell virtue, it’s not something to be sold because those who want something from it that’s tangible won’t get it, but those that recognize the sheer power in being a man of character will live great lives, they will make this world a better place, this will die with peace while the rest of the world craves clicks and likes and shares, they walk this planet as men.

You are dying, to enter those pearly gates without regret, without fear, without a whimper, choose virtue and character over the fickle desires of the modern mob.

Want to ‘get your mind right’, improve focus, energy, and attention span?

Want to boost immunity in a big way, while boosting testosterone and libido?