It’s Not Easy Being the Alpha 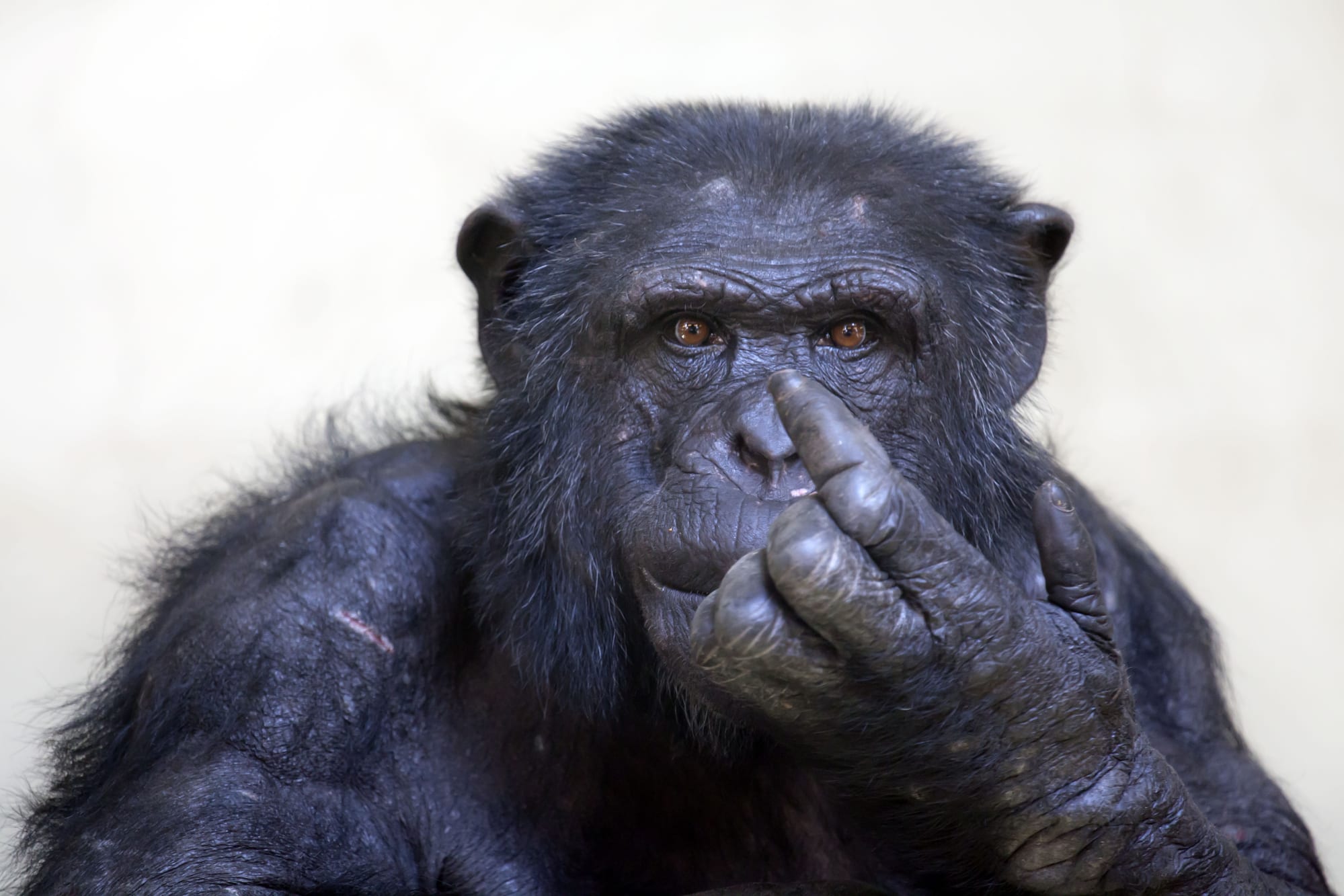 The crew from the BBC Earth are following a troop of monkeys in West Africa. Still affected by what they saw the day prior, when a group of males attacked and possibly killed the alpha of the group in a coup attempt to knock the leader, David, whom the crew had grown to admire and respect, off his pedestal as leader.

As the film crew, accompanied by a researcher who had been studying the troop for years, reached the spot where David was left to die, they couldn’t find him. They searched, covering miles, checked trail cams, but still no sign.

David was left with torn appendages, a massive gash in his leg and backside, a testament to the damage that an ape can inflict, even on one as formidable as David. After searching for hours they finally find him. He’s foraging for food after having spent a few days sleeping, recovering, so he can make his march back to his clan and do what he’s hardwired to do, reclaim his throne.

The researcher leading the film crew, when talking about David, gives some insight into who he is, not just what he is. He became the alpha much earlier than normal, while he was still a teenager. He’s maintained his rule about twice as long as a normal alpha does. It’s as if he’s hardwired to be in a power position.

It would be easier to just remain where he is, or to join the troop and accept a lesser role, one of a follower, not a leader. Instead, he marches back and, by a cunning bluff, reclaims his domination over one of the leaders of the coup, maintaining his spot as leader of the troop.

Being leader of the troop, however, will inevitably mean he’ll be attacked again in the future by one or more of the other ambitious younger, even stronger males that want to lead the tribe – which also means they’ll get first crack at any female in heat.

David does what he’s hardwired to do, even though it means a tougher life, one primarily spent in solitude, always having to fend of adversaries and protect his troop.

The parallels to life, our life, are vivid.

The other day, after a buddy of mine and I were talking about Grant Cardone, and how the guy is actually killing it, with multiple funds and real companies that do real business, not the smoke-and-mirrors that pervades the internet today, I searched for his podcast by typing in his name. The problem: half a dozen came up, I didn’t know where to start.

Go to his website and you’ll see programs and products, courses and books to solve pretty much any issue you may have in your quest to create wealth. His output is incredible. He’s always moving, working, evolving, learning, and producing. It makes sense that he’s on top.

A couple years ago I read a book by Donald Trump – forget about what you think of the guy (good or bad, as most of the bad has only come about since he announced his run for office, before that he was largely beloved). Trump went into his schedule. Every night he slept for about 3 hours. That’s all he has time to manage. That’s almost a maniacal motion. His workload was incredible, and the projects he took on had a scope that was far more daring and audacious than anyone I’d come across.

Another parallel with Trump is that as he’s aimed higher, there are more who want to bring him down, much like David, our chimpanzee friend.

Being on Top Isn’t Easy, But If It’s Who You Are That’s Where You Have to Be.

I won’t have the same sense of fulfillment if I don’t give my all to whatever I’m doing. I won’t be as happy if I’m fat or weak, I won’t be as good a man if I only aim for what I know I can do, and I’m guessing you’re the same.

If you’re an alpha, a leader, a winner, then you win.

The accolades or successes are almost trivial. If you’re a winner, you act like a winner, and being a winner, an alpha, is hard, it’s a lot harder than it is to be a loser. But if you don’t act like a winner, you’ll end your life with regret, you’ll be mean and grumpy, you’ll never do what your soul needs you to do, you’ll never actually live. You’ll spend your eternity existing. You’ll be remembered as nice, maybe even as good, but not as the great man you had it within you to become.

As David rose and licked his wounds and headed back to reclaim his throne, the researcher said, “it’s hard to be an alpha”. Something inside David, maybe it was passed on through his genetics, hardwired into his DNA, would not allow him to rest. He could not exist as something other than what he is, an alpha. It would betray his existence, it would be a lie, a falsehood, even a sin. Of course, those thoughts didn’t go into this chimp’s mind. He didn’t detach and see the grand scheme, nor did he weight the work that would have to be done, the battles to be fought, he simply acted as he, the alpha, acts.

How are you acting?

We think too much. We have dreams that are true, they’re whispers into what makes us happy and fulfilled, but we rationalize their avoidance by weighing the work that it would take to achieve them with the comfort we’d rather have in the moment. We do this enough, and those dreams disappear. We accept that we’re regular, that we’re not the alpha that we clearly were when we were coming up. We settle. We reach our end. We regret. We die.

Your ambitions are not lies.

Steven Pressfield, in his wonderful book, Turning Pro, writes: “To feel ambition and to act upon it is to embrace the unique calling of our souls. Not to act upon that ambition is to turn our backs on ourselves and on the reason for our existence.”

Are you acting like the alpha? Or are you choosing to be average?

One requires little thought, it’s innate, it’s in your DNA, a part of who you are. The other is actively degrading who you are to opt for a more easy existence.

David will die. He’ll likely finally be killed in a battle for his throne, probably by more than one enemy, and another alpha who is simply being an alpha will take his place. He will not relent. He will not grow old and in peace. He will fight ‘til he can fight no longer because to do anything else would betray who he is, and there can be no honor in that.