YOU NEED TO DO MANLY SHIT

Men need to be men.

We need to be in contact, to feel a connection with the raw masculinity we had as wee ones.

I have a Godson, he’s a good little fella, a typical boy who loves to fight and play with pretend guns and fight some more.

Somewhere along the line, as our society pushes us away from masculinity, to be more docile, controllable, “safe” “men” who weigh risk rather than dive in head first, we lose that connection. (Read This: It’s Comfort That Will Be Our Death)

One of the greatest complaints I get is men feeling as though are aren’t being men.

Being a man is a very literal, actionable thing that our society wants nothing of.

Men are warriors, hunters, fighters. Sure we’re thinkers and fathers and husbands and CEOs, but to deny what men were bred for, to deny the fact that we’ve been warriors and hunters far longer than we’ve been sedated sons is to turn your back on what will feed your soul…

I’m a Christian. I love God. But I’m not talking about religion here. I think God made men to kick some ass not to fall into line. It goes against our nature to be what we’ve become, the mediocre, safe humans that rule suburbia and city alike.

We’ve been conquerors for far too long to simply stop within a few generations and think that we can still feel the pride, the courage, and that feeling of being good at being a man that we had for so many centuries. (Check This Out: The Code of Manhood) 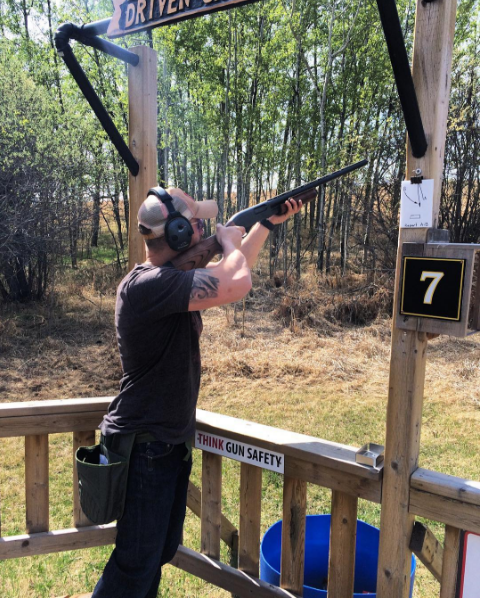 In short, you need to do manly shit.

You need to get out there in the wild. You need to shoot guns and fight. You need to conquer lands, to explore, to go where you’ve yet to visit.

You need to be an overt man and you need to chase things that are manly. We’ve lost it, and we’re lost.

We read and study and we sit on couches so head-shrinkers and figure out what bothers us so, yet we don’t follow the pull toward things that are a little dangerous.

We don’t Teddy Roosevelt it up by hunting and exploring lands that scare us.

Men need to be men. While we are philosophers, even those of Ancient Greece and Rome saw the necessity in the warrior. They learned as much from battle as they did peace.

I learned as much about myself while I was in the ring as I have anywhere else in life even though that was such a relatively brief moment of my life.

Listening to Your Pull

This article isn’t a learned man preaching to those who need to be taught. It’s a collection of thoughts of a humble young man going through life figuring out how to best live and how to best be a man, both a good man and good at being a man. I’m lucky enough to have created a job that allows me to think about this stuff, try it, test it, and write about it, hopefully benefiting someone else in the process.

And with all of the books read, the lessons learned, the primal, that which should not have to be taught, is what may need to be taught or reconnected with most.

That kid that’s my Godson. He’s a good little man, 3 years old and full of piss and vinegar. He’s also obsessed with guns. He loves good guy vs bad guy shows and situations. He loves to fight. He loves hanging with the fellas and if we’re not looking he’ll grab a beer and do his best to emulate the idiots that surround him – myself being one such idiot. 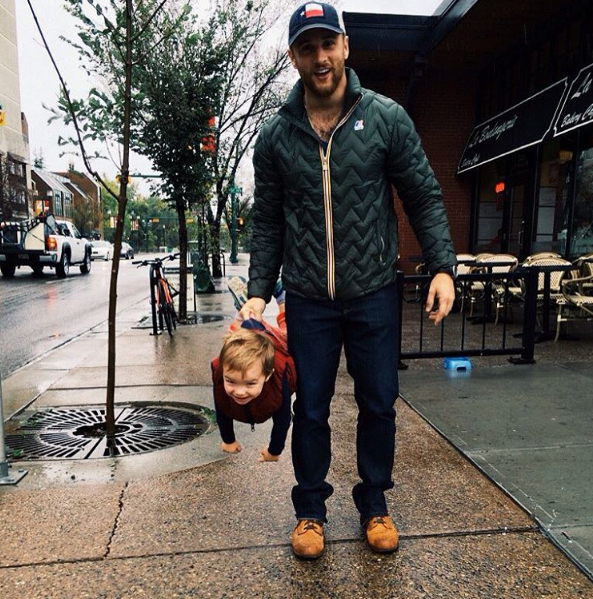 He’s a boy, there is no doubt. Fortunately, he’s raised by a man, one who takes him outdoors, who watches manly movies with him who’s feeding his own masculine desires by being connected with the 3-year old he once was. (Read This: 10 Lessons Every Father Should Teach His Son)

I’m the same. When I was a kid I wanted cowboy hats and guns and holsters. I’d play cowboy all day, which was good for my folks because cowboys have to work the land and they’d put me to work as a part of my “playing” – well done.

There have been times, though, when I’ve lost that connection, that desire to explore. I’ve been caught up in “what has to be done” to be successful in this society and I’ve ignored that pull toward something more physical, more dangerous, and I’ve felt down, sad, almost lost without a physicality in my life, a physicality that some may shun as brutish and archaic, but it is necessary.

You’re obviously a reader. You study, you read books, maybe history’s your thing, or fiction. Regardless, you’re getting smarter as a result.

Our culture tells us this is good, and it is, but doing what we read about and dream about is required if we’re to feel like men.

One of the biggest complaints I get is that guys don’t feel like men anymore. They’ve lost that connection that existed when we were doing more of what we were meant to do, when men were handier, when they were stronger, when they were warriors, not complainers who dial a phone number or ask for help anytime something’s wrong.

Don’t let this ever “evolving” civilization tell you that it’s archaic or brutish to be a fucking man. As more men feel less connected, as suicide rates skyrocket, we need both camaraderie that’s being lost as society gays everything up, leaving the good, true relationships between men a rarity, we need to be in small tribes, gangs, and in nature doing shit that men have done for eons more than ever.

Whatever your pull is, listen to it.

Listen to your pull.

To man the fuck up you have to feel like a fucking man. Sitting in an office all day or being surrounded by family where you’re forced to act civilized isn’t doing them any good by robbing them of the man they need to lead them.

Whatever pulls you, the cowboy in you, the warrior, the fighter, the hunter, be him. If you want to feel alive, to feel like a fucking man, you’ll take action.