THE PANSIES THAT PROTEST A JUST ELECTION 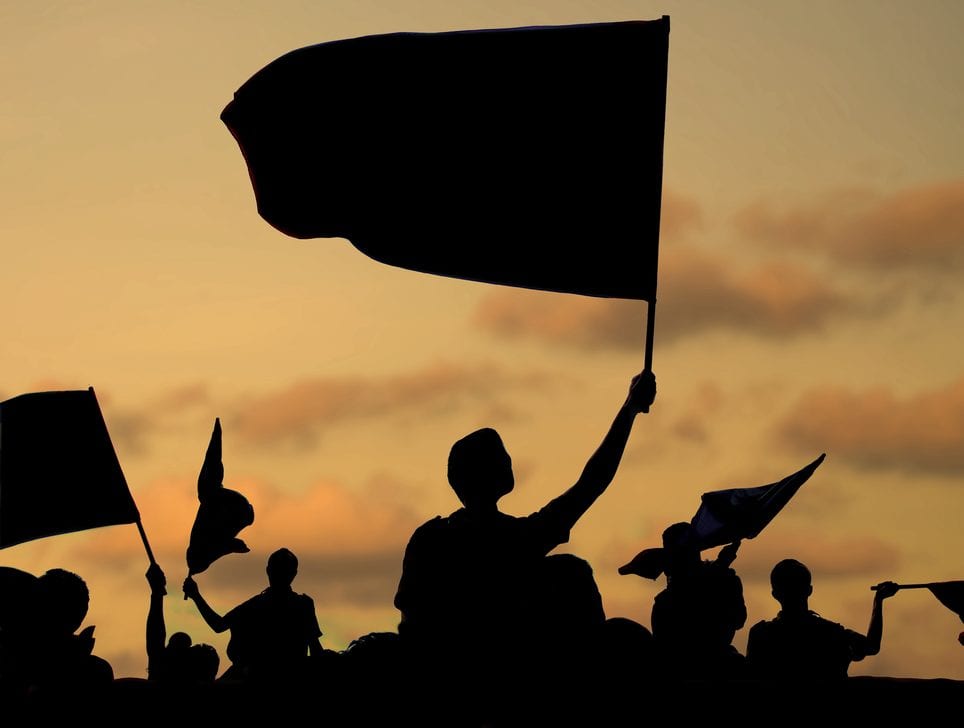 The funniest thing I’ve heard in some time was the ‘threat’ from safe-space inhabiting millennial that they’re going to revolt if Trump actually gets into office.

They can’t hear opposing opinions so they have ‘safe spaces’ where they can go to hide from the real world.

They hate guns, most of them don’t have them and have no clue how to use them.

They hate strength and power and violence, and they have no clue how to carry either out.

This revolution, if it were to happen, would be the funniest, most entertaining revolution in history. It would be a revolution of tears. No guns, no strength, no action or real aim, just crying, complaining, and whining about a just election.

What’s best is that, like many movements led by the sobbing youth of today who are rewarded for failure from a young age, is that it isn’t founded on any real fact. 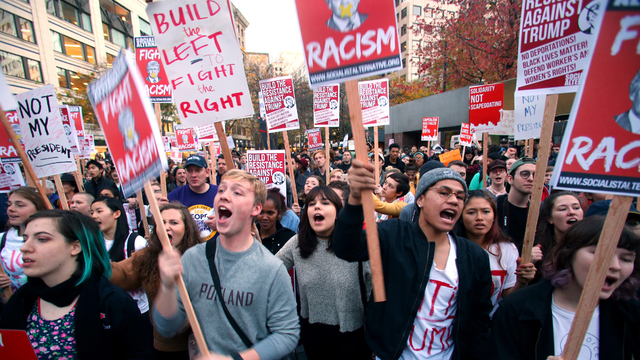 They say Trump is a racist, highlight his words against illegal immigrants who commit crimes. They ignore the fact that illegal immigrants are in America illegally, to welcome everyone with open arms makes legal immigration absolutely useless, it makes the arduous process of becoming a citizen a moot effort. They ignore the real crimes committed by illegals that aren’t prosecuted because of ideologies that exclude sanctuary cities from thinking that Mexicans can actually commit crimes.

They ignore the work of legal Mexicans who’ve spent hours and years and dollars in an attempt to gain legal status, who actually voted for Trump in higher numbers than his Republican predecessors.

They ignore the good deeds of the man. They ignore the crimes of Hillary. They think they’re ‘fighting the system’, when voting for Trump was a vote against the political elites and the system that these youngin’s claim to stand against.

They’re actually protesting against what they think they want.

They ignore the horrible job that Democrats have one with minorities, increasing poverty in black communities rather than decreasing it. Creating a horrific dependence on the government in poor communities.

Trump may be horrible, but a vote for him is a vote against the establishments.

They claim to be ‘pro diversity’, yet want a popular vote rather than the electoral college that would essentially give two states the power to vote in a president.

They claim to not want to paint everyone with a broad brush, yet call all Trump supporters racists, when over 200 counties that went to Trump in this election previously went to a guy named Barack Hussein Obama. Millions of people, black, white, brown, male, female, who voted for Obama couldn’t give their vote for another 4 years of his policies, so they voted for a guy who’s created jobs his entire life.

They don’t protest, they disrupt.

They block streets, preventing people from going to work or to go home to see their families, and they do it day in and day out without ever having to go to work themselves?

Pansies, the lot of them.

Buck up. Get a job. Give something to society. Or shut the fuck up.