3 Business Lessons I Learned from Hiking

I hiked up a mountain the other day. I took my pup, Teddy, and my pal’s pup, Kaya, and we walked up a mountain. It seems like an odd activity when you say it like that. Of course, we know that it’s about more than the simple act of walking up something. There’s the physicality in a tough hike, the view from the top, the possibility of danger in the Canadian Rockies that adds just a tad of excitement to the hike, and there’s nature. (Read This: Adventure Is Air For The Soul) 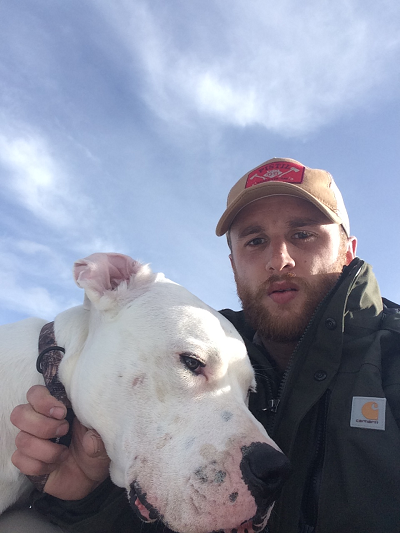 Nothing beats nature. I was alone out there. Just me and the pups on a Wednesday, when others were in offices I was breathing in fresh air, taking in some of the most beautiful scenery I’ve ever taken.

On every hike there are lessons to be learned that can apply to every other area of life. To even get out there on that wonderfully sunny day I worked two weeks straight so I could warrant a day away from the office.

The mountain, however, provides the greatest lessons. They’re lessons that occur internally as the miles and hours fly by. And they’re lessons that can be applied to any line of work no matter the nature of the business or the industry.

1. The path is never in a straight line.

The last 200 meters of the hike were steep. Before that it was tough, the incline was there but it was more gradual. Now, however, as the summit came into sight, things became far more arduous. You couldn’t just climb straight up, you had to zig-zag to avoid sliding backward down the bloody mountain.

Business is no different. Life is not different. There’s never a clear, easy path to a worthy goal.

If your path is smooth and easy, your goal is insignificant, weak, devoid of the ambition that your talent and potential demand of you.

The steeper the incline, the more you have to vary your path. Take a look at an success story. Their journey wasn’t won with a single round KO or a single act of greatness. Even if their victory seemed to come over night, they’d been training for that moment their entire lives, and never has success come in a straight line, without shifting focus, adapting, and sometimes even breaking through obstacles.

I was listening to an interview with a fella, I forget his name, but they were talking about success and when it comes. So many of us feel as though we deserve more than we’re getting. We pitch TV shows about our books or we want more recognition for what we’re doing, but it doesn’t come.

The reasons are simple. For one, it may not yet be deserved, and second, we may not be ready for it.

We want to gain publicity and accolades for what we’ve created, but if they were to come we wouldn’t have put the time and effort required for us to truly shine.

No matter where you are in your life, be it in business or otherwise, you have to continue to climb, to become tougher, to learn, to practice, and to work at mastering whatever skills you need to be great.

You also have to understand that this journey you’re on isn’t easy, and the higher the goal you’ve laid out for yourself, the more difficult the path to the top.

Be prepared to be in it for the long haul, but also be willing to shift tactics, to zig-zag and adjust when you figure out that something you’re doing isn’t working. Don’t be hard-headed, always trying to keep a straight line.

2. The goal is the top, the focus is the present.

You have your end goal. It’s your dream. It’s where you want your business to be and the massive change you want to create or the incredible number of people you want to positively effect.

That cannot, however, be your focus.

The focus is the process. 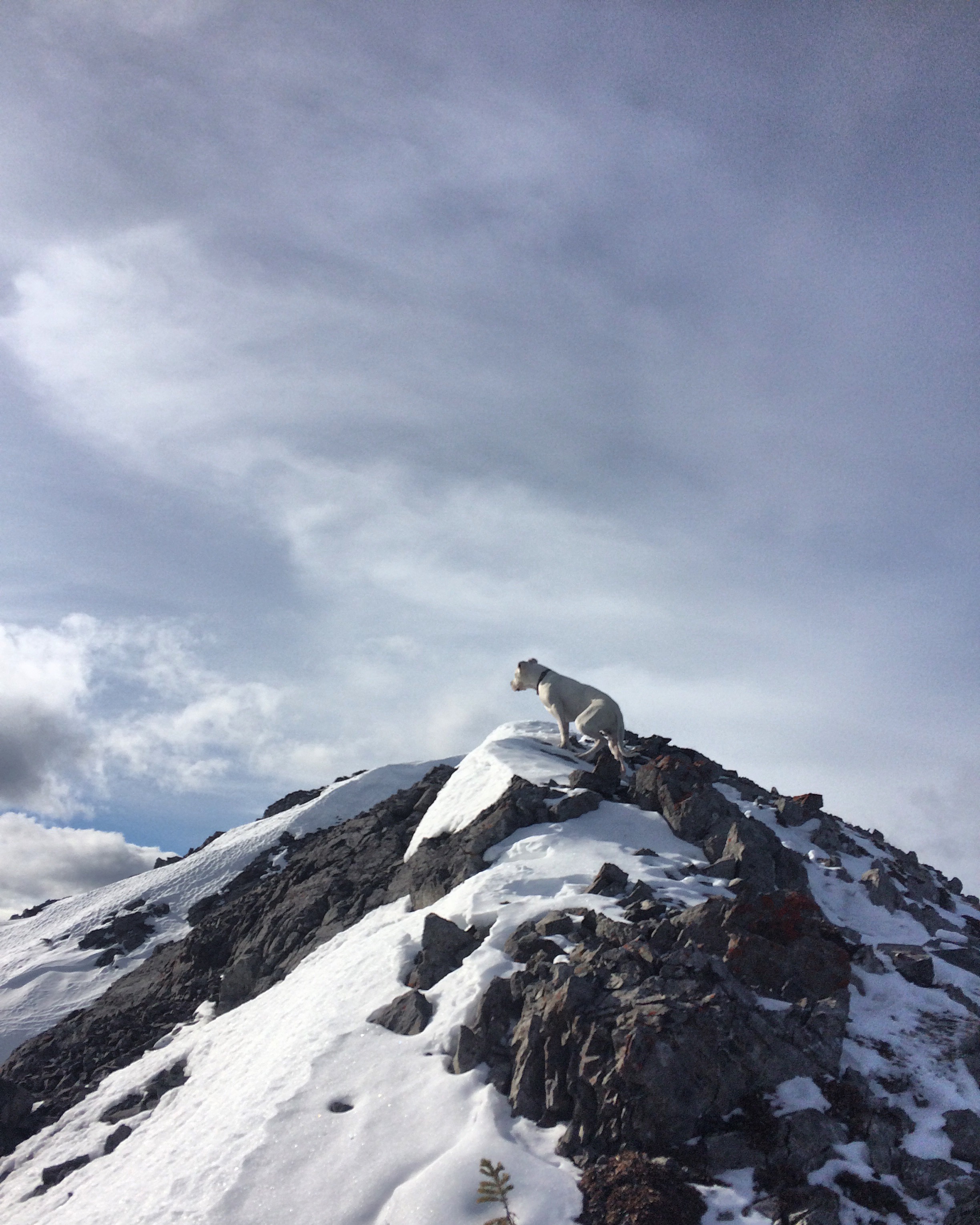 If you’re hiking up a big mountain and you continually look to the summit that, no matter how many steps you take, seems like it’s years away from being conquered, you’ll quit, or at least think about quitting far more often than you would if your focus was on the present, the process.

I can’t remember which book it was, maybe it was Resilience, by Eric Greitens, a former Navy SEAL, now running for Governor of Montana. While he was in the SEALs, he talked about the infamous Hell Week and BUDs and the mindset needed to push through such a grueling test.

First, you have to simply decide that you’re not going to quit. It isn’t a decision so much as a fact. But then you have to focus only on what’s going on in front of you, not the end result. You can’t think about the 10th mile of the run, but the 10 feet in front of you. Get there, then worry about the next 10 feet.

You’re constantly setting smaller goals on the way to the bigger ones, but the end result, the dreams of Hell Week or BUDs being finished cannot cross your mind. All that exists is the 10 feet in front of you, and you have to get there.

3. You have to put yourself in tough situations.

More than that, you have to put yourself in tough situations where you have the option to quit and there will be no immediate repercussions.

The hike the other day was done solo. There were parts of the mountain that were tough, and with no one around I could have feezibly said, “fuck it, I’m close enough”, and gone home like a little bitch. No one would have known. (Read This: 5 Ways Men Are Becoming Little Bitches)

In the gym you face the same decisions. No one truly knows if you’re pushing as hard as you can or if that was really the last rep you could have pushed out. Working alone it’s the same. Are you falling for your distractions or are you pushing through, maintaining focus, and getting your work done?

You have to put yourself in these situations where it’s all on you and you have to be aware of the tests that are at play. There has to be a temptation, maybe it’s removing yourself from the mountain, quitting early at the gym, or hopping on Facebook. These are battles that we face. In winning them we become tougher, in losing them we become weaker.

It’s toughness that, no matter what you’re doing in life, will help you persist, and it’s persistence, not talent, that will help you learn the lessons you need to learn and create the life you want to create or the build the business you want to build.

[Tweet “It’s toughness that, no matter what you’re doing in life, will help you persist.”]

In short, don’t make your life easier, make it harder.

Do things that you don’t necessarily want to do but that make you a tougher, stronger, grittier human.

Life is, essentially, a mountain with no summit. It’s a constant climb. There are peaks and valleys, but they all lead up. Life’s tough. Building a business is tough. We’re told and taught that we should seek ease, but very little good comes from ease. (Read This: Life Is Hard. Deal With It.)

Sure, we need to unplug, to recharge our batteries, to get away from things every now and then, but that’s not what we should want our lives to be.

Our lives are a constant climb where our focus has to be on the process, on practicing, learning, and growing, or else the awesomeness of life can be a little too much to handle.

Minimize your focus. Appreciate where you are. Be in each step, each slip and fall and have the toughness to rise and continue climbing.