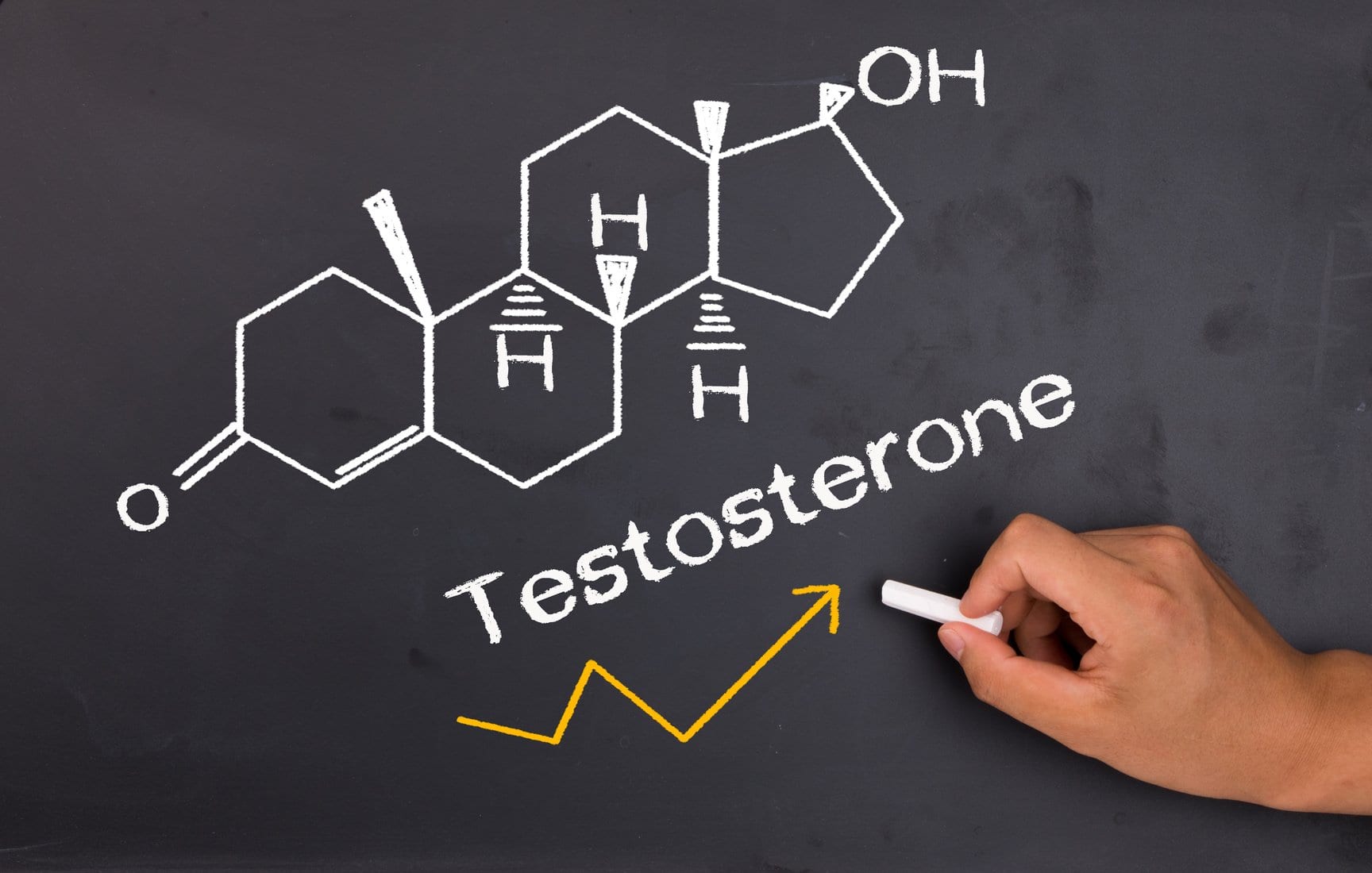 Helping men boost testosterone is big business. The testosterone replacement therapy (TRT) industry is growing by BILLIONS annually, and the supplement side of the same industry may be even bigger.

High testosterone have been shown to improve your ability to burn fat, gain muscle, keep a high sex drive, and fight off depression, among other things.

And producing it naturally is way better than going the synthetic route.

The problem: almost 99% of the ‘testosterone boosters’ on supplement shelves and online don’t work, and their ‘most potent ingredients’ don’t actually help you increase your testosterone levels.

Thankfully, there are herbs that do help you increase testosterone, you just won’t find them in many test-boosting supplements for a couple reasons:

First, PLEASE read about the claimed ‘test-boosters’ you’ll see in almost all test-boosting products that don’t actually do a single thing for your testosterone levels.

Don’t Boost Testosterone But Claim To

This is the most popular test boosting ingredient on the market, but does it work?

First, why do some claim it works at increasing testosterone levels? Well, because there are some studies that show it increases testosterone in animals.

The only problem is that for human studies, there’s no increase in testosterone.

There was one study that found increases in testosterone in men and women, but it wasn’t the tribulus that did it, rather, it was an active ingredient called Protodioscin that 99.999% of supplements don’t have.

It’s rare to see tribulus with Protodioscin. And when you don’t have that active ingredient, tribulus is useless.

It’s a waste of money, and while it’s pitched as ‘the be all end all’ test booster, it really doesn’t do anything. Supplement companies have just begun to blindly put it in their ‘test boosters’ even though it does nothing.

Being that it’s so popular it must work, right? Why else would it be in so many testosterone boosting supplements (or at least supplements labeled as such)?

No! In fact, other than a study produced by the fenugreek manufacturer, other studies have shown that it LOWERS testosterone levels.

So please, if you value your hormones, stay away from this anti-androgenic herb.

The logic is that antler velvet from deer species grows at an alarming rate, and thus contains large amounts of growth hormone and testosterone.

We can keep this one pretty quick.

Dreams have been crushed, and after reading that opening, you’re likely pissed that you’ve spent money on anything containing those herbs.

I’ve dished out dollars on that stuff that I’ll never get back.

Does that mean that there are NO herbs that increase testosterone?

Are we stuck with a society that increasingly lowers men’s testosterone levels with nothing we’re able to do about it?

No! Actually, there are some very effective testosterone-boosting herbs that actually do work, they’re proven to work, and I’ll show you how you can add them to your morning routine to help you produce more testosterone, fast.

Ashwadandha is an adaptogen, a term coined by Russian scientists to describe a herb that helps the body regain hormonal and psychological homeostasis – ie. it helps reduce stress. Studies are showing that it also increases testosterone in men.

In two different studies ashwadandha was shown to reduce cortisol levels by 27% and 33% respectively. Cortisol is a stress hormone. When your cortisol levels are high you’re going to have trouble sleeping, but you’re also going to use more protein for fuel than fat.

Reducing this stress hormone is vital. Not only does ashwagandha lower cortisol, it improves sleep quality, reduces inflammation, and increases HDL-cholesterol, all of which are important in producing optimal testosterone levels in men.

When we look directly at how ashwagandha effects testosterone, one study showed a 17% boost in testosterone (a pretty incredible increase from a single ingredient), with a 36% increase in luteinizing hormone, leading researchers to believe that ashwagandha stimulates testosterone production at the brain level, which is powerful, seeing as this is where the entire process of producing testosterone is begun.

Forskolin is a rare supplement that you’ll almost never find in conventional ‘testosterone boosters’, but it’s one of the most potent there is because of what it does with androgen receptors in the body.

Forskolin increases cyclic adenosine monopohosphate (cAMP) levels. cAMP is a messenger that transports biological signals between cells and hormones. Thus, increasing cAMP levels should increase the sensitivity, amount, and activity of hormones in the body, with one study showing an increase of 33% in obese men.

On top if this, other studies have shown that icariin has mimetic properties, and is able to mimic testosterone in the testes.

Problem: You Won’t Find These In Test Boosters on the Shelves, But You Can Find Them in a Recently Discovered Formula For Men Called MAN GREENS

Not only do you get these proven, potent testosterone boosting herbs in Man Greens, but you also get vegetables and greens that lower estrogen, boost libido, including a full 5 grams of maca, which has been proven to skyrocket libido in men.

Where no testosterone boosters contain these potent testosterone boosting herbs, Man Greens has ALL of them at their bioavailable amount, meaning the amount your body actually needs to see the benefits from them.

On top of that, men need more greens! But almost all greens powders contain mint, flax, or alfalfa, 3 commonly used ingredients in greens powders that increase estrogen in men!

Man Greens has none of them, and full bioavailable amounts of things like beet root, which helps increase nitric oxide, helping you ‘get it up’ whenever you damn well need to.

First, why naturally increase testosterone? Second, via negativa - figuring out what to eat by discovering what not to eat. Third, what to eat...
Read more
Nutrition

At this point… it’s no secret that men’s testosterone levels are lower than ever.  They’ve been on the decline for decades… you have...
Read more