THE GREATEST TRAGEDY IN LIFE

Life’s highs can be exhilarating, they inspire us, allow us to be in the moment and forget about the things that worry us, scare us.

But life also has lows, and they can be crippling. They bring our lives to a halt if we let them. They stop our progress, make us curl up into a ball of sorrow where our pain is compounded; it becomes our entire world. (Read This: 21 Things Modern Men Need to Stop Doing)

We follow the road of sorrow often into solitude and pity.

Why can’t I just get a break with x or y?

It consumes us. Darkness all around and hope nowhere to be found.

The way out is up and forward.

Motion is the cure for sorrow and sadness and depression.

I’m working my way through, The Depression Cure, in which the author highlights the fact that depression doesn’t exist in modern hunter-gatherer tribes who’ve been studied for decades. It’s lower in the Amish population in the States than in any other sub-sect of that great nation.

The lives we live are out of line with the lines we’re genetically programmed to live.

We’re not meant to sit and glare at a screen, nor are we designed to live in a box, alone, nor drive instead of walk nor buy instead of hunt.

We eat in a way that’s out of line with how our DNA demands we eat.

With all of this, however, let’s talk merely about sorrow, about those moments when we get down, the beginning of what can become depression.

It’s A Tragedy, Wasted Talent Is.

The greatest tragedy in life is wasted talent.

De Niro says that line a dozen or more times in the movie A Bronx Tale. He hammers it home over and over again to his son in the movie, but also to the viewer, and if you’re a young kid watching that movie hopefully it hits you. 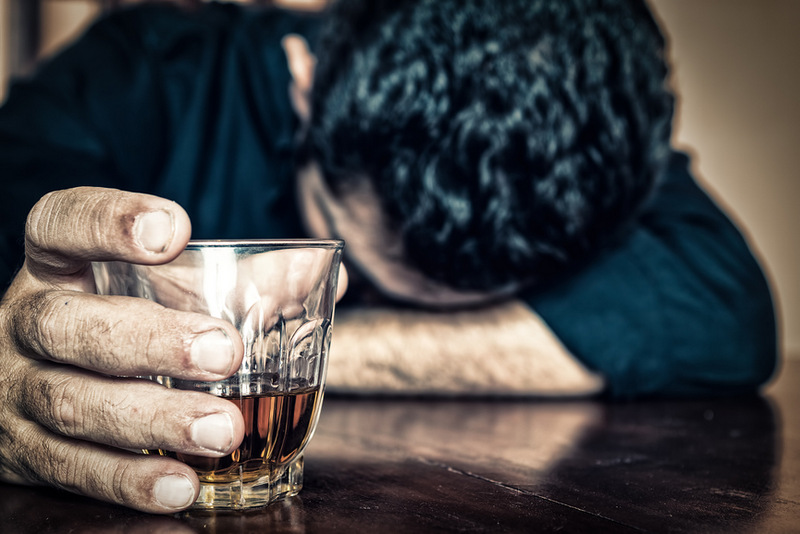 That line has stuck with me into my 30’s.

This article is that motion I mentioned earlier. I found myself getting down about something, something irrelevant, an obstacle that didn’t need to be an obstacle, but a way. Instead of turning the TV on and watching football, a Sunday routine for the past decade of my life, I went to the gym, then I sat down and started writing.

I’m the kind of guy that has to reason something out, I have to find the lack of logic in the state, then move it out of my system.

What I see and here in the multitude of emails and comments I get on this site and others are guys who are taking steps down that hole, they’re allowing emotion to carry them to a state that will lead to tragedy.

Once inaction takes hold, once you’ve sunk into sorrow and you’ve stopped marching forward it puts you in handcuffs and preventing you from realizing the potential, using the talent, living the life. (Read This: How to Deal with Sorrow Like Theodore Roosevelt)

Motion, getting up off your ass, working, doing something, using the gifts you have and the gifts you’ve earned, stops the free fall into darkness.

What you have to understand, as do I, is that even a moment spent in darkness is a waste. And even seconds, a single thought can lead you to a place where you become not only utterly useless to those who depend on you, but destructive to the man you have to become for them.

Know the source of the sorrow, the thought and the emotion that threaten your existence and fight.

At the very least, stand up and walk out of the door, get outside and into something, trouble, whatever, just force that little bitch of a voice that we all have within us to shut up and let the warrior, that aspect of you that sees challenges not curses, to rise and thrive.

It’s something that happens in seconds, the way up or the decent down, don’t let that moment pass without you being in control.

Move. Man up and move.

Previous articleFighting Mediocrity: Mindset and Goal Setting
Next articleTHE KEY TO UNLEASHING THE WARRIOR WITHIN