Average 2 Alpha
Home Stoic Manliness Imagine You Were Your Caretaker

Imagine You Were Your Caretaker 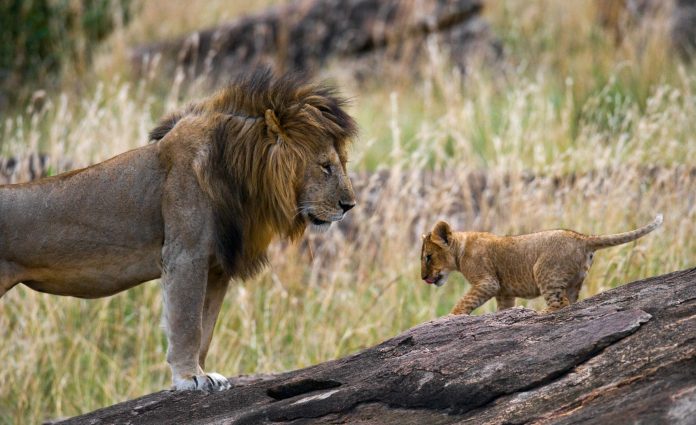 We tend to see things from a better perspective. The things they beat themselves up about, we see as not really that bad at all, and at least things they can move on from.

We see it from a better perspective, and while they beat themselves up we consol them and tell them to just move on, as they should.

We know what they’re doing wrong and how they can fix it.

We do not always see this – or see things in this way – when we’re looking and looking after ourselves.

We constantly under-perform. (read: don’t be good; be a man)

We constantly make the same mistakes, follow the same, bad lines of behavior.

We put ourselves in situations we don’t need to be in, by over-spending, over-eating, being lazy, lacking discipline, and so forth. From the outside perspective, someone who cares about us can see it if they knew what we were doing, and we know what we’re doing but we either don’t see it or see the path that it will lead to.

The person we should care for most – ourselves, because by caring for ourselves we can take care of everyone else – we care for the least.

Imagine you were your caretaker.

You have an aim for them (you). A goal. A dream. It’s a bit broad, you want them to be successful, but you understand clearly the actions they must take to get there.

They have to realize how good they have it and how great life is. They have to help others, because that – though it may seem selfish – will make them feel connected and good.

You know they can’t treat their body like crap.

We know that their down times won’t last, so there’s no real reason to get too down within them but to see them as a challenge.

As the individual… The cared for…

When you look at yourself as the caretaker you see how stark and clear good is from bad.

You see how you’re doing things wrong, what you’re doing wrong, and how simple (maybe not easy, but simple) it is to stop doing the things that you should not be doing.

It is simple. It is actually easy. We just make it lack ease by thinking that there’s a choice. There really isn’t.

There’s our potential, our idea of success, and failure. Grey shouldn’t exist. (read: just be yourself? Really?)

How to Get What You Want

If they figure out what is good for them and they aim at it and then they get it.

It is a process of constant reformulation, trying to figure out what success is, but by not defining what you want you guarantee not being successful.

Most don’t take time to do so.

“You orient your life in every possible way to make sure the probability that that will occur as probable as possible, and that is a sacrificial ideal.” ~ Jordan Peterson

You do not get everything.

You get, over time, what you aim at.

And you get what you aim at by adjusting your behavior and your actions to align with your ideal.

You know that drinking and spending and sleeping in excess will ruin your chances of getting what you’re aiming at so you stop doing that.

The longer you stop doing those things that bring you further from what you want, the more momentum you get.

We know this in theory, and yet we fall back into patterns of behavior that hold us back and push us back.

People have a lot of guilt.

Everyone (you’re not alone) has done something or many things that they’re not proud of and that they carry with them through time.

Beating ourselves up about whatever we have done — maybe it’s something as simple as bad spending habits that we continue to repeat or lacking discipline in different areas of our lives, or something truly horrible, murder, theft, infidelity — removes hope of growth.

The caretaker, knowing what has been done would prescribe a method of moving forward, onward and upward.

The individual stays in what has been done, continues to beat themselves up about it, and throws their life away in the process.

What the Caretaker Would Prescribe from an Outside Perspective

Whatever has been done or is continually done has to be accepted, come to terms with, even owned, but then tossed away.

Identify the behaviors and choices that lead to the thing that was done or the behavior that you want to remove. Write this down. Know what has to be avoided.

Commit to not going back.

Truth is potential, it’s who you can be, what you can do, and it’s far greater than you or I or anyone really understands.

It’s aiming at something great – even broadly great if a definite and specific aim isn’t yet clear – and aligning your behavior to that aim.

Where we once hunted, protected, and defended our tribe, we now have options as to what we can hunt, but that hunt still has to exist.

Men who do not ‘hunt’ do not live.

The hunt can be wealth, power, success, whatever, but we need the hunt to be able to fix the small behaviors that are bringing us down, holding us back, pushing us backward.

Living in truth is living at your best, not living as you have in the past (in history), but as you can – and you can.

By looking at your behavior from the perspective of someone who truly loves you, a forgiving and loving parent or spouse, someone who only wants the best for you, you’re able to see more of that potential, you’re able to forgive your wrongs, wash them away, and to start hunting once again.

You do not need to beat yourself up about underperforming.

You need to forgive yourself, understand what’s leading to the underperforming, and fix it.

I’ve never said this on this site. I usually write articles about getting after it, about not making excuses and manning up and not being a pussy and so forth, but this aligns with that, and it covers an area that’s deeper than the actions.

You have to love yourself, forgive yourself, be truthful about who you are, and think as highly of you as those who love you do.

Forgive yourself in the same way.

But – big but – then live up to who you can be and stop dragging your heels in self-pity, disgrace, and depression.

I could add that time is ticking and you only have one life and all that stuff, and it’s true, but we won’t really feel that until it’s too late.

There are just things we have to do to live well, to be happy, and to be successful, and the love and forgiveness, the standards, the belief we have and give others also has to apply to us.

If you really want to be great.

If you really want to be successful, to man up, to dare greatly, you have to care for yourself as if you were your own caretaker.

Previous articleAre You Living a Lie (Odds Are, Yes)
Next articleTo Suffer Well is to Live Well