OUR SCHOOLS TEACH OUR BOYS TO BE PUSSIES

the difference between the old and the new education being] in a word, the old was a kind of propagation—men transmitting manhood to men; the new is merely propaganda. –C.S. Lewis

When warring and farming and leading were our main occupations within a culture, clan, or society, we needed mentoring from other men who’d survived and experienced what we were expected to also experience and endure.

Roman boys, no matter their position in society, were stripped of their wealth, forced to walk the streets in rags, and practice battle daily. They fought, they had to survive and acquire toughness and grit and learn from men who fought, survived, and eventually won.

Spartan boys went through what was called an agoge, which basically amounted to a brutal training and survival “school” where they were forced to toughen up or sometimes even die. They were prepared and schooled in the ways of war, of survival and of honor by being thrust into intense and stressful, often life and death situations where they sank or swam. Failure wasn’t an option.

The pressure of both upbringings, even the nature of ancient Greek classrooms where a student stood up front and survived an onslaught from his classmates trying to prove his point in healthy, but very combative debate toughened up our sons. It trained them for war.

Today our boys sit. We’re told to be quiet. If a boy isn’t calm he’s given pills to make him calm. They’ve invented an affliction for spiritedness – how insanely fucked up is that? (Read This: Why Our Generation Will Never Produce Great Men) 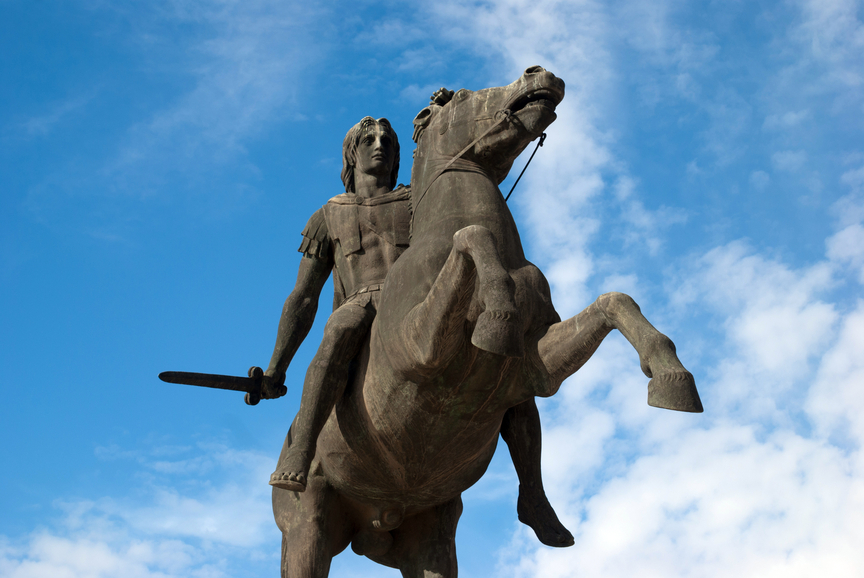 We’re teaching our boys to be pussies. And when our enemies come to the gates the virtues that once won wars will be nowhere in sight, and the men who once killed will be calling for help.

Masculinity is not something given to you, but something you gain. And you gain it by winning small battles with honor. ~ Norman Mailer

The battles that Mailer speaks of may be small in the daily sense, but real, literal battles will also always need to be won, and a culture that has no men to win them is a dead society. We may love our freedom and liberty, but it can’t survive on the backs of men who are pussies.

From west to east, men have always seen something beyond being a male as something to aspire toward.

Robert E. Lee even listed manliness as one of his “rules for private and public life” when he said,

…truth and manliness are two qualities that will carry you through this world much better than policy or tact of expediency or other words that were devised to conceal a deviation from a straight line.

Both Lee and Confucius, two men from very different parts of the world and living in uniquely difficult times, saw manliness as strength, boldness of action, and purpose. Imagine a world leader today standing up to a podium and listing manliness as a quality he’s proud of, depends on, and aspires to possess in greater quantities.

He’d be ridiculed, called a sexist, even impeached for saying that, as a man, he aspires to be a better man. Why the fuck have we degraded so?

Do we really want sensitive men?

Do we want men who are in tune with the colors of our cabinets, who shed tears as their primary emotional response?

It doesn’t matter your beliefs, when the shit hits the fan you want a man, your man (ladies), to lead. You want him to stand up, man up, and take the necessary action to have your family win.

I wrote an article on it a while ago, but for all we admire the philosophy of the ancient Greeks, we neglect what bore their philosophy: war. 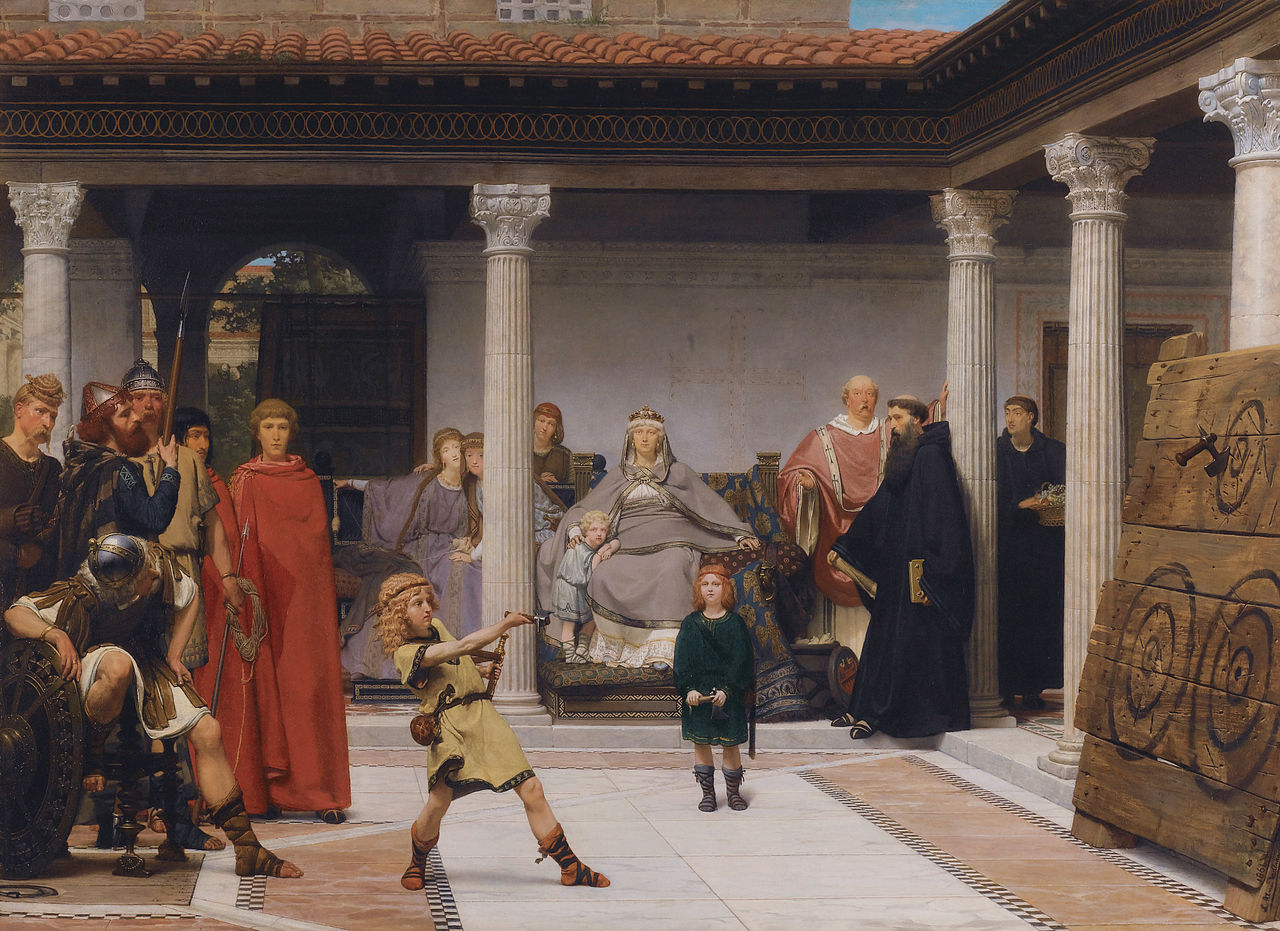 Their society was run by competition. They competed in every facet of their lives. From the artist to the sciences to athletics. It’s competition that has always made a great society, from the Romans to the Persians, greatness is forged in the pressure of competition, and today we’re removing our young men from the fire that will strengthen them, teach them, and shape them into the men we need to lead us.

When you can’t feel the sting of defeat, be it by finishing last, then having to parade your sorry ass at the back of the line as first place is awarded, then first loser, second loser, and so forth, you have life’s greatest teacher taken from you; failure.

By not letting our boys roughhouse and fight, get beaten up, beat others up, solve their own problems, and dare I say even get injured here and there, we’re coddling a warrior and transforming him into a little bitch. (Read This: 5 Ways Men Are Becoming Little Bitches)

Boys are born to fight, but we’re breeding them to run.

We can’t even teach them with pain any longer. There’s no wooden spoon to the ass when he raises hell at the grocery store or steals something – or worse, gets caught for stealing something. Scientists who were spanked growing up and turned out just fine have determined that spanking is harmful.

Every good guy I know was spanked as a kid. Many were even hit at school. Pain toughens our boys up, but we also learn through pain. We learn not to run across the street by getting a smack because we did without looking both ways.

This desire to raise bleeding-hearted men will backfire, and we’re seeing it occur already in places like Europe.

Hoards of these immigrants would surround women, grope them, tear off their clothes, and in a few horrible cases, even rape them.

Not one of these immigrants was shot. Not one of them was beaten to a pulp. The men who are expected to defend our women sought the safety that was silence instead of facing those cowards armed and ready. The cops were instructed to do nothing because to do anything wouldn’t be “welcoming” to the guests.

The mayor of one German town actually had the balls to tell white German women not to go out at night, nor to dress provocatively!

Instead of defending women, this mayor defended the scumbags assaulting women.

And yes, that mayor is liberal and left-leaning. It goes against their narrative to be politically incorrect even when it goes against all common sense and any sense of honor.

This is bad stuff!

This is pure evil!

When you open the papers or read about incidents where young women and young boys are assaulted by immigrants who aren’t charged or beaten or hurt in any way, you have to look at the society we’re creating and the youth we’re training. (Read This: How to Be Old School Amidst the Pussy Generation)

When you see that these incidents are widely occurring but not widely reported, you have to look at what the powers that be really want.

They do not want strong men. They want cowards.

They don’t want justice; they want to bend over for cultures that don’t fit their own.

Where we have masses of sensitive boys and men, we don’t have warriors.

Warriors will always exist, but they need to be the norm, not a small minority. They also need to understand honor and pain, they need to have character and guts.

Know that most schools are run by people who don’t get this, nor do they believe in this. 70% of American professors align with the same political ideology. School isn’t where you find diversity of thought. If you want to train your son to become a man of honor and integrity, you’re going to have to put your own time in, and for God’s sake it’s worth it.

Previous articleYOU’RE FUCKED IF THIS IS YOUR WORLDVIEW…
Next articleMan Up! Episode #15: You Can’t Win With This Wordlview