The Man Show Episode 3: Aggression, The Antidote to Fear 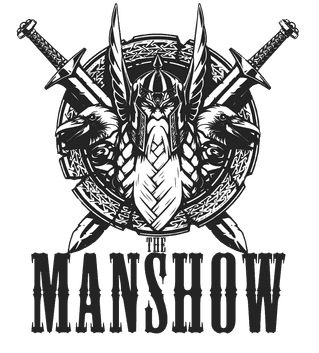 The antidote to fear is aggression

“To stand up straight with your shoulders back is to accept the terrible responsibility of life, with eyes wide open. It means deciding to voluntarily transform the chaos of potential into the realities of habitable order.” ~ Jordan Peterson

The object of our fear is typically something we should move toward, not turn and run from.

Fear, though ancestrally it was used for survival and to avoid danger, has become more of a compass, a guiding light and north star than a deterrent.

What we want most in life, the life we want to build and live, is often what we’re most afraid to act on.

We want to build our own empire but we’re too afraid that the years of work will be in vain, so we don’t act.

Fear needs an antidote, and its antidote is its opposite, aggression.

Aggression is something that instills fear in that which is being shown aggression. The aggressor cannot be both the aggressor and the victim, thus, by acting with aggression, the one in fear becomes the one without it, or at least the one moving to oppose it.

Jordan Peterson’s quote at the beginning is powerful.

We have to admit that life is scary. There is so much in life, in the world, to be afraid of. I can be terrifying, and the more we attempt to accomplish, the more opportunity for terror there will be simply because the scope of what we’re aiming at is more audacious.

This terror, this chaos, however, exists for everyone. You are not alone in your fear. It’s shared by every human in existence if they think about life, about its greater questions, even about the possibilities of what can happen on a daily basis.

But there’s a choice.

You do not have to live in the fear, you can stand up to it, face it, even beat the living shit out of it.

Let’s take both the immediate usefulness of this and the broader, maybe even greater usefulness of aggression, and then let’s be real about what society thinks about and intends to do about the capacity for a man’s aggression.

Actually, let’s start off with this, a well-trained, physically conditioned man is a deadly weapon. Some see this and are afraid of it, they think about historical myths like the patriarchy and see the oppressor, willingly remaining blind to the other half of the coin, the protector and defender, and as such, with a very narrow and distorted and wrong view of the world and of history, want to soften this potentially deadly weapon.

And so they teach men, young men, that being a man is a dangerous thing, something to be ashamed of. Something that’s done more harm in history than good – which is a perspective, but an ignorant one. Men and women, together, have been oppressed, together, throughout history.

Men and women were sent to the gas chambers pretty soon after their government confiscated their guns, their potential for being deadly.

Men and women were enslaved all over the world, and still are.

Men have fought and died in wars, since time immemorial, trying to protect what’s important to them.

We have a shared success and a shared oppression, men and women that is. We are not enemies, and haven’t been in our history. We necessarily work together, something that modern feminism and leftism is trying to destroy.

And so they attack the potential power of the man, while being so ignorant and blind to the fact that evil exists, danger exists, and bad people exist, and good men who are also deadly can keep this evil outside the gates, as they have done for our entire history as humans.

So yes, a good man who is deadly is as valuable thing as there is in our great and free society.

And then there’s you and I, the individual.

We’re facing this thing called life. It seems to grand to comprehend, and yet we must live it well every day.

We have dreams, all of us do, and we want to win them, accomplish them, make them real.

We have fears, we all do, and we want to conquer those as well.

And so, we have that innately male characteristic, the one that’s made a little more abundant by our most powerful hormone, testosterone, and made more effective by the same hormone, that thing, of course, is aggression.

Testosterone gives us a bit more of it, along with a greater aptitude to take risks, and it gives us the muscle, the power to be able to make our aggression – at least in the physical sense – successful.

The fears in the micro may be the thug that wants to break into our house.

Fears in the macro may be that we’re afraid that we might fail, that our work will be in vain, that we aren’t truly worthy of our dreams, that we’re going to fail and leave our families with nothing.

Both fears must be met with aggression, they must be attacked.

When you sense fear in the moment, stand tall with your shoulders back and be aggressive.

When you feel the weight of the world on your back, when you find yourself doubting who you are and what you’re capable of, stand talk with your shoulders back, your eyes wide open, and march forward aggressively, like a man, and conquer those fears.

Pick up my new book, the man diet, at the mandietbook.com and learn how to produce more of that wonderful hormone that makes us men.

Previous articleThe Do-It-All Herb: The Benefits of Ashwagandha For Men
Next articleYour First Job As A Man Is to Not Be Soft

The best a man can be? We're seeing this call for masculinity to be labeled as 'toxic'. The reality is, that their definition of...
Read more
The Man Show

The Man Show Episode 8: How to Act With Honor in Modern Society

How to Act with Honor Courage is the most important virtue for without it, the rest fall apart. To build the foundation of who you...
Read more