Your First Job As A Man Is to Not Be Soft 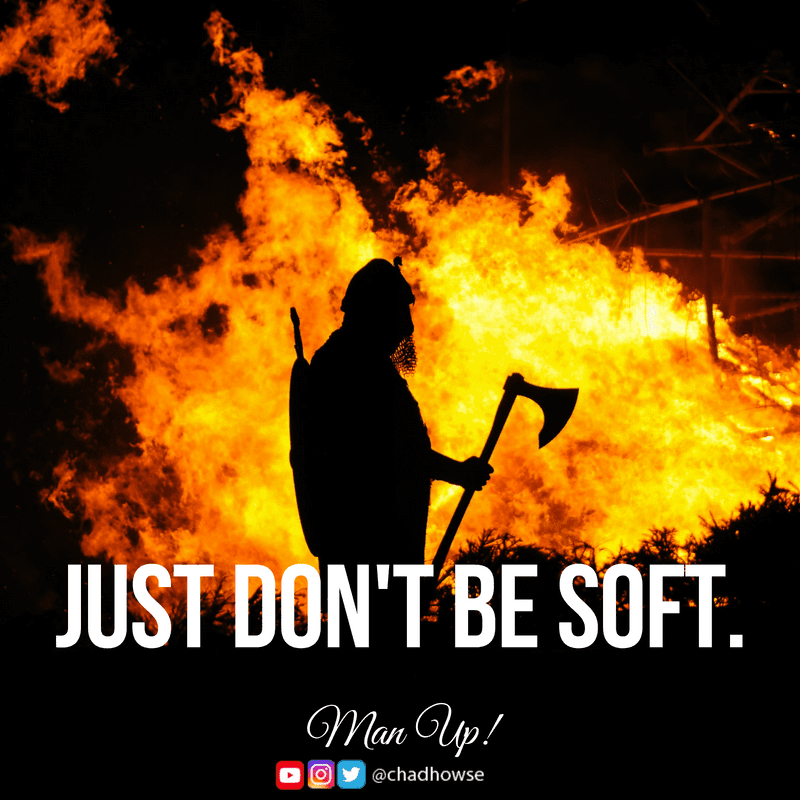 “Over-sentimentality, over-softness, in fact washiness and mushiness are the great dangers of this age and of this people. Unless we keep the barbarian virtues, gaining the civilized ones will be of little avail.” ~ Theodore Roosevelt

Manhood at its base is tough, it’s rough, it has the potential for danger. It’s a deadly weapon.

Men were the ones standing at the city gates protecting its inhabitants from danger.

They were on the plows, harvesting crops, building towns and cities and eventually nations.

At the base, the very bottom and foundation of what you have to be as a man, is so simple and basic, but it’s an avoidance of something, it’s the avoidance of being a bitch, of being a coward, of being weak, of being soft.

As such, vanity has no place in a man’s life. You’re not taking selfies looking for likes. You’re not plucking your eyebrows or fixated on fashion.

You’re not a talker, you’re a doer.

You are the one that everyone else looks to when the shit hits the fan.

No matter how refined you are, you have to be a little barbaric, or you have to have the capacity to be so.

It’s not even necessarily about being tough, women are tough, but they’re also soft and delicate, they’re feminine, men, we’re not soft.

Just don’t be a bitch. That’s all we have to do. We cannot bitch and whine about our life. We have to act, to move forward, we can’t be victims to emotions, we can’t let failure, or a break-up, or a firing derail us from living.

Emotions cannot control us. If they do, we’re soft. They’re floating around our heads threatening to take command of our lives, threatening to turn us into sobbing losers, quitters, weak humans that pity ourselves.

Why in God’s name would we listen to such things?

Get control of your emotions. It happened. Now move on. Don’t let it control you.

Assert yourself. Stand tall with your shoulders back and your head high, as Jordan Peterson says.

See a goal, even a fear, and move toward it with aggression.

Train your body in the ring, on the mats, in the gym to be grittier, tougher, to not be soft.

I’m seeing this as I’m aging, as I’m acquiring more responsibility with the lady, with the family, with the house and with the business, it’s so simple, at our foundation, we cannot be soft.

If we’re soft, if we look for the easy way out, if we quit and complain, bitch and moan, if we’re vain and delicate, we cannot call ourselves men, we cannot live manly, strong lives, we cannot win, and we cannot give the world the man that will help it in some small way, inch forward.

Toughen up. We can ALL toughen up.

I’ve created a Tribe, a series of courses where over 500 men from all over the world are becoming tougher, stronger, more virtuous. It’s called the Average 2 Alpha Tribe, and in it, you get access to the 12 Virtues of Manliness, which I’m going to be calling the Barbarian Virtues.

All men need to develop these virtues to thrive, but also for our society to thrive. And now, you can try it out for FREE HERE. Get after it. 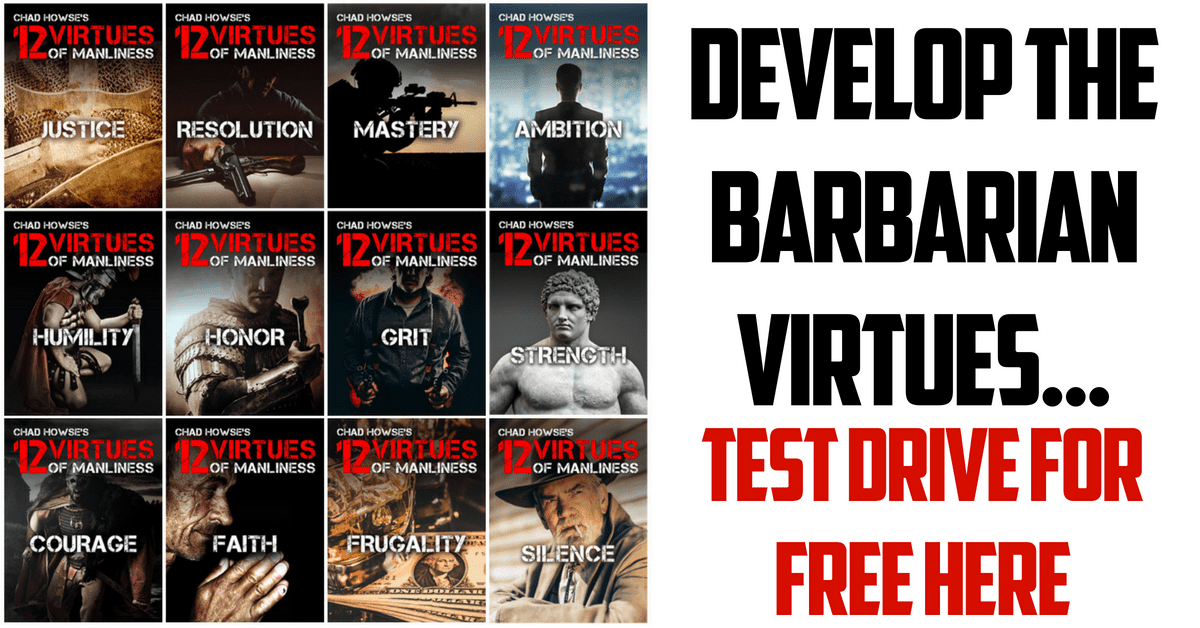