MAN UP! 365 – BE A MAN OF ACTION AND VICTORIOUS EFFORT 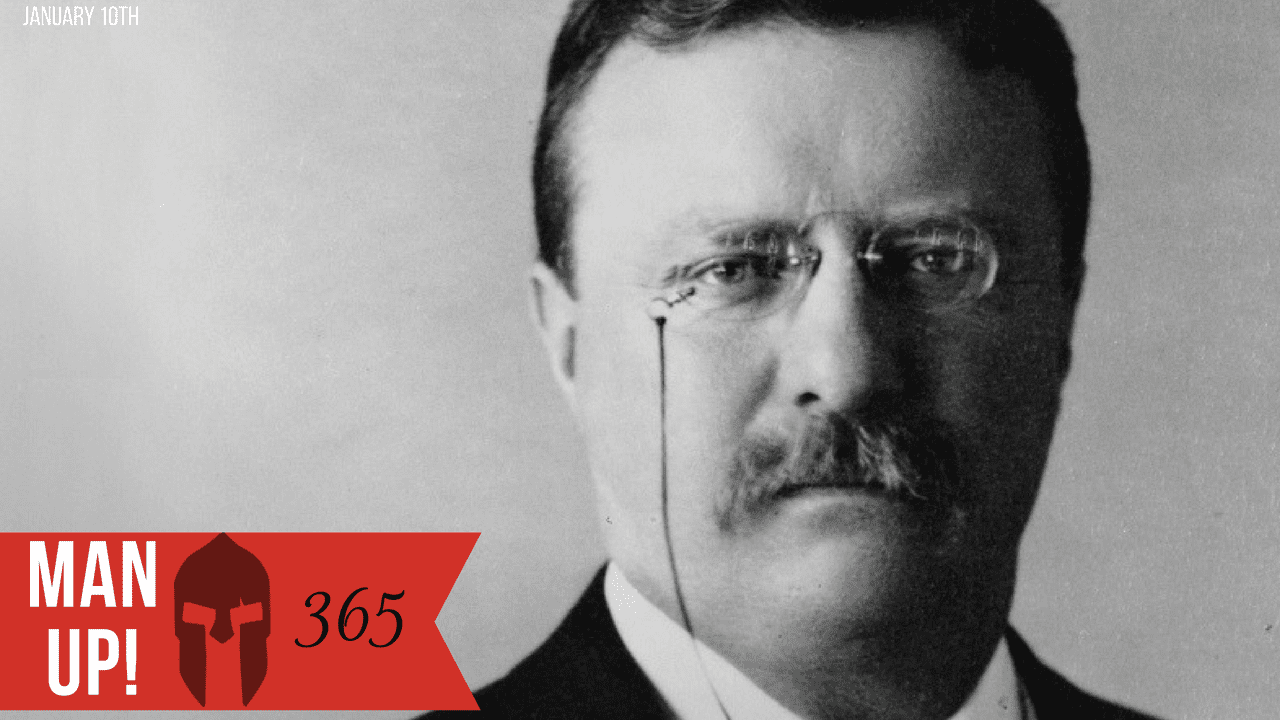 We do not admire the man of timid peace. We admire the man who embodies victorious effort; the man who never wrongs his neighbor, who is prompt to help a friend, but who has those virile qualities necessary to win in the stern strife of actual life.” –Theodore Roosevelt

The stern strife of actual life is only made more difficult by increasingly audacious ambitions. The man who aims to achieve little won’t face many obstacles in his quest for mediocrity. The man who aims to conquer the stars will face forces he may not believe he can conquer.

That’s the stern strife of actual life. Life, on its own, is difficult, but instead of asking less of yourself to acquire an easier road, ask more. Ask that you become something you’re not already. Let go of the path you’re on and step into an entirely different realm.

While the focus of TR’s quote is who we admire, it speaks to who we must become. Admiration isn’t the goal. The goal is to be, as TR was, a man of action and victorious effort.

The pat on the pack doesn’t come after a day’s work well done. This is who you are. You are a man who never quits, of course, but also a man who attacks life day in and day out. It isn’t the end game that matters to you, it’s the pushing of Sisyphus’ stone, the act of the work, the process, the being, that drives you. Applauds and acclaim are of little value.

Too many of us live timid lives. We fear death or harm or failure, and we let that fear stand in the way of life. We let setbacks set us back. We let failures get us down. We allow monotony and safety to creep into our lives forgetting the young lions we once were, replacing tenacity with timidity, vigor with vanity. We allow a system of expectations to shape who we attempt to become, a man devoid of imagination and passion, one simply going through the motions until motions cease.

I get lost in this sedated reality. I allow it to become who I am and how I live until I read a word, a quote, a book that snaps me out of it and sets me back on the right path, but that right path has yet to be daring enough to extract who I can be from who I currently am.

This has to consistently be on our mind. We cannot slide into the easy life when the daring life is a much more attractive option.

We may die. We may fail. To aim higher than any man and to have the courage to live a higher ideal, however, will guarantee a life lived rather than one that’s merely existed.

Most visit this planet for 80 or so years. Rarely do we come across a man that is truly giving his all, who is living in its purest form. He’s the man of vigorous effort. He’s pursuing goals, he’s working harder, he’s thinking bigger, but he’s also venturing into corners of the world where most wouldn’t dare to go, chasing adventures that few ever pursue.

This has to be you.

To let another minute go by living as a fraction of who you can be further reinforces the fact that you’ll live forever as a shell of the man you could have been if, after reading an article, a quote, a book, you made a firm decision rather than only nodding in agreement then carrying on with a life without meaning, lacking action and deficient of adventure. You and I cannot go on being such a way.

Within life there are moments that define us. Sure, we are our habits. Habits change in moments of decision, where you turn your back on who you were and become who you aspire to be as night time comes and, for a few hours, your dreams become your reality.

Previous article5 STEPS TO SETTING THE BEST GOALS
Next articleMAN UP! 365 – GIVE YOUR ALL