Average 2 Alpha
Home Stoic 365 MAN UP: THE SEARCH FOR GREATNESS 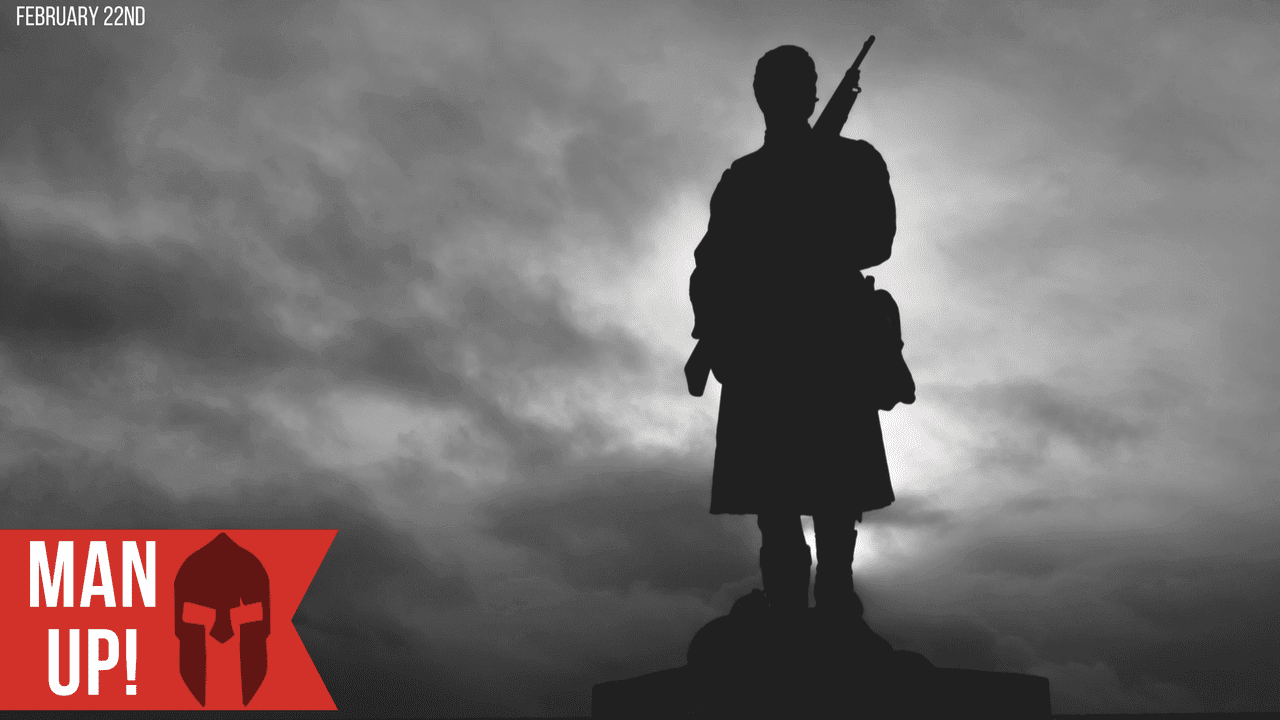 The Search After Great Men: Man Up

The search after the great men is the dream of youth, and the most serious occupation of manhood. ~ Ralph Waldo Emerson

As boys, we idolize great men, be they fictional or real. They’re our heroes. (Read This: Every Young Man Needs a Model)

When I was a kid I was puzzled by Muhammad Ali’s dodging of the draft for the Vietnam War.  He could kill everyone –  or so the logic went in my small little brain. I obviously thought the same about John Wayne.  Why wouldn’t they just send John Wayne in to fight the Nazis or whoever the bad guy was at the time?

When we get older – and I wouldn’t say ‘old’, in past generations this started at 17 years of age if not earlier – this becomes our pursuit, and it should be a serious pursuit.

You cannot dream about being a great man, you’re not a boy any longer, it’s time that you craft a plan and follow it every day.

The Dead Serious Quest to Man Up

We grow up later in our society than we did before. It is, in part, because our lives are longer, but we’re also lazier and far more entitled than we’ve ever been. We’re creating entitlement generations by awarding and rewarding them without merit, just for participation. (Read This: Nothing is Deserved Unless it’s Earned)

At some point the notion that you’re the center of the world or that you’re deserving of something you haven’t yet earned has to end,  this is when you man up, when you become a man, when you take greatness more seriously.

There comes a time when life has to be taken more seriously, and this includes having fun, adventure, relationships, and your career path.

Life has to be taken more seriously because it’s fleeting. With every day you’re brought closer to your death. This is serious. What’s more is that most people exist in ignorance of this fact. They ignore death and doom and go through their days disregarding the significance of this countdown.

To be a man is to pursue not just a more serious life, but to pursue greatness in every moment of life.

That’s the difference between men and boys and mere males. Men are trying to extract every ounce of life out of life. They attack each day with their goal in mind, with their quest in the front of their mind.

Man up! Stop acting as if there are no consequences for your lack of clarity or for your laziness.  Man up! Stop pushing greatness to tomorrow and stop idolizing others who’ve accomplished it already or are on their way to doing so.

You’re a man, dammit, man up and start acting like one by doing what you’ve been afraid to do up to this point.

There are choices, daily, that men make that boys don’t.

Choose to read instead of watching TV.

Choose to work on your house instead of ‘relaxing’.

Choose to work another hour instead of playing video games.

Choose to spend time with your family instead of surfing the net.

Manliness is a choice, and a dead serious one at that. Make the choice to man up every day. It’s a lifetime pursuit, and it’s your duty to pursue it as such.

Wake up every day as if greatness is your purpose.

I’m not a huge fan of the term, but when applied to every area of your life it provides clarity as to what your choices must be in every single moment.

Previous articleMAN UP: PROTECT AND DEFEND
Next articleYOU SHOULD ALWAYS BE SECOND