Average 2 Alpha
Home Stoic Manliness How to be Successful in Life: 3 Important Characteristics

How to be Successful in Life: 3 Important Characteristics 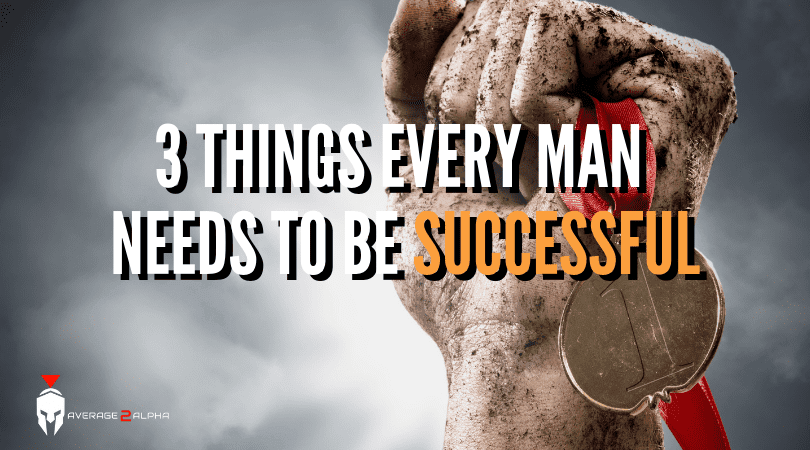 If you want to know how to be successful in life, you first have to commit to going all in. I didn’t cover this in the video, but study any man in history who did anything powerful or great, and you’ll see a guy who had other areas of his life that weren’t as successful as his mission. Thus, if you want to truly know how to be successful in life, especially as a man, you have to go all in, give it your everything, and leave nothing on the table or in the tank. The examples in history are endless, be it Ali or MLK jr with their marriages, Captain Cook with his family and never being there, and so on. There is no such thing as balance.

Now, when we’re talking about the characteristics a man needs to know how to be successful in life, there are 3 that aren’t covered because it’s not ‘nice’ to talk in these terms, terms of power, domination, and victory. We live in a society that rewards participation and condemns being too great. That said, who doesn’t want to be great?

Why even try to do something if you’re not going to try to dominate?

The reality is that dominating, high achievement, and greatness, is better for your family, and for society, but mainly for your family. You, as a man, have to do what’s best for your family. You have to rise above competition into the realm of domination, and if you want to dominate life, business, whatever else you’re focused on. This isn’t a goal, but a duty.

Your duty as a man is to be victorious and give your family the freedom, peace, and leg up they need to do that same. And these 3 characteristics are not only a must, but they’re intertwined.

Confidence is won, earned, not ‘thought’ or wished. You win confidence by winning. You get rid of the fat that’s making you insecure, you get stronger, tougher. You face your fears. You achieve things that you didn’t think were possible.

Men gain confidence by doing things that they didn’t know they could do. They also gain confidence by overcoming difficult obstacles. You’re going to develop real, strong confidence more in your tough times than when nothing exciting’s going on or you’re in the midst of ease. Tough times, and conquering them, build confidence.

You need to have some daring. If you actually want greatness and to know how to be successful in life, in business, in anything, it requires vision. James Cook is a great example of this. He literally wanted to go where no one had gone before. Columbus, another example. He wanted to explore, to do what no one had done before him. The Vikings, again, notorious conquerors and explorers. You need both daring and ambition if you’re going to build a legacy. You do not need safety. You do not to aim low, at the things you know you can accomplish.

Have daring in every aspect of your life. Be a conqueror, a king, and aim to build an empire, not just to make a buck.

Aggression? How blasphemous! You’re not supposed to be aggressive! Yes you are! At chasing your goals and facing your fears.

Aggression is the antidote to fear. You cannot be afraid and aggressive at the same time, and if you’re going to be daring, you’re going to be aiming at things, trying to accomplish and achieve things, that will make you afraid. Set MASSIVE goals, and then AGGRESSIVELY go after them.

Don’t be timid, it’s a waste of the goal, of the dream, and of your potential. Be aggressive when facing any fear. Practice it. Practice it on your hunting trips, your hikes, in the gym when you’re sparring, be aggressive. Move forward. Don’t take a step backward.

If you want to know how to be successful in life, adopt those 3 simple but powerful characteristics, but also, go all in.

Don’t aim for balance. Don’t dabble. Give it everything you have and achieve more than you thought possible.

Get after it brother!