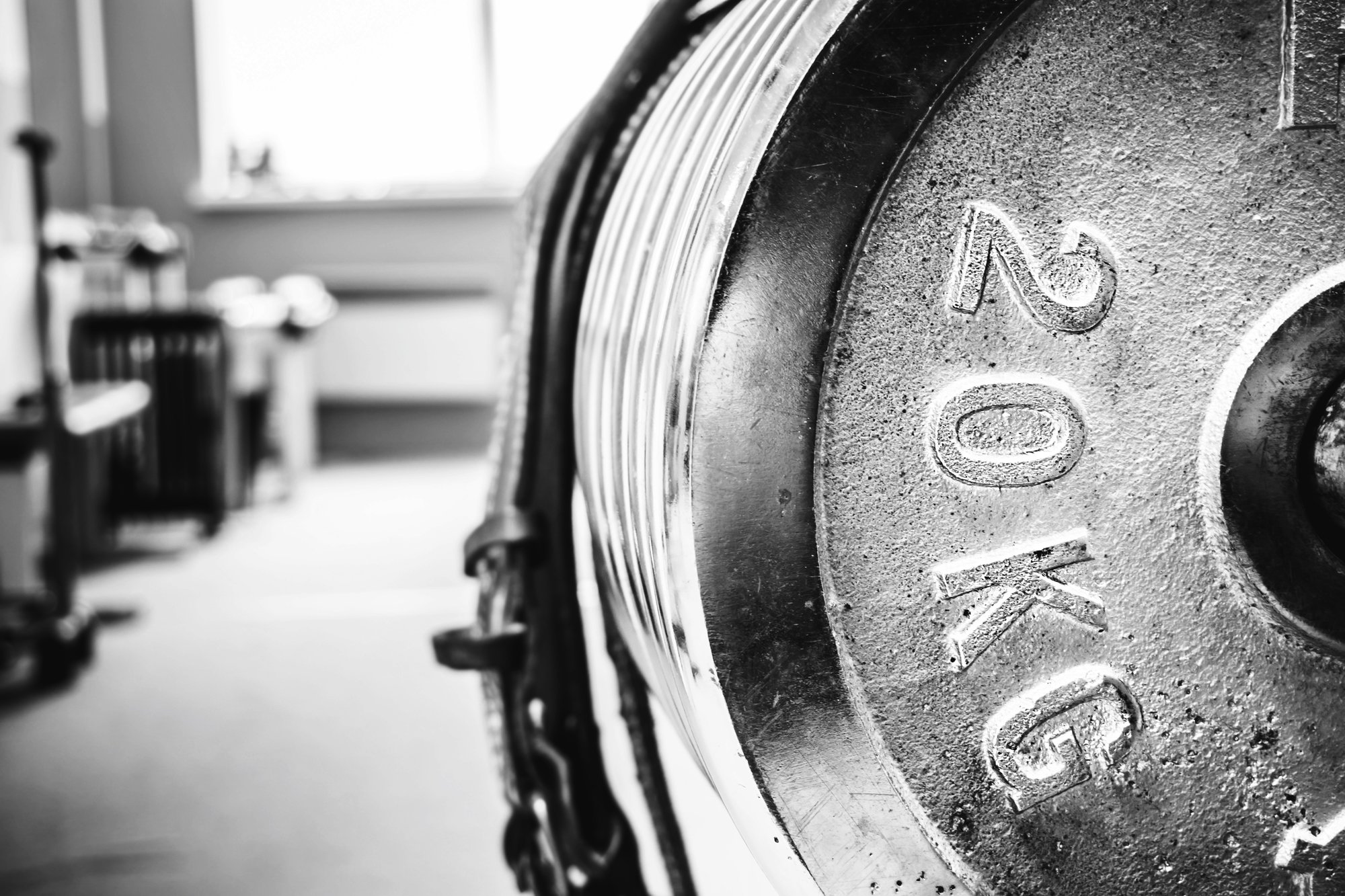 When you talk about the weight room to a self-proclaimed intellectual, their eyes gloss over. When you say it parallels for much of what we can learn from life, they snicker. (read: Be Conquering or Get Conquered)

But that’s exactly what it can be. It’s a powerful teacher whose lessons align with life’s, and whose benefits apply to everyone, not just those after abs or shoulders or a nice big butt.

Whatever you want from working out requires pain and discomfort. You grow from destruction of the muscle by placing more weight on it than you’re currently adapted to push, pull, or lift. (read: How to Stop Comparing and Start Winning)

In the gym, you need pain to grow.

You’ve heard of post-traumatic stress disorder, we all have. It’s a psychological response to intense stress or a stressful event where we react negatively to said event.

Well, there’s also a phenomenon called post-traumatic growth in which people harmed by past events outgrow themselves (read Antifragile by Nassim Taleb).

That’s essentially what we get from strength training, too, we grow because we put our body through stress.

Our lives should yield the same response, we grow because of stressful events, not because of an absence of stress, harm, pain, and the like.

What you’ll find in this article is the means by which you grow one rep, one task, one mission objective at a time, and leave the rest to God, fate, or whatever you need to leave it to.

Growing From Pain – Being Antifragile

Humans are antifragile. Our species has thrived because it demanded we evolve and innovate. Innovation doesn’t occur under perfect circumstances, it’s most often born out of necessity – think the wheel, printing press, and religion – which, as much as anything, helped us manage unity in greater numbers.

Just like a muscle will atrophy without use, humans devolve amidst ease. We’re creatures that need struggle.

If we surround ourselves with alcoholics and losers, odds are that we’ll adapt to fit in. We’re better off to try to fit in with a crowd that we have to struggle to adapt to. We grow from stress, we evolve in turbulence.

If you shoot for the moon and miss, at least you will land among the stars. It is true. If you aim higher, if you allow your reach to exceed your grasp thereby bringing on more stress, you will likely grow more than you would if you only challenged yourself a little.

We live in a world with far too many options. We once passed our genetics on by being the best, the strongest, warrior, hunter, provider, and leader. Today we can, essentially, be fat, lazy, weak, and still get by, passing on that material because we – or someone else – has settled.

You don’t have to be the best, or the best at anything, to carry on your name. (read: 12 Rules for Life for My Unborn Son)

We don’t want to be the latter, of course, but we’re also not called to a specific action.

We’re not in a small hunting tribe or group of warriors where our clear purpose is to protect the women and children and provide for them, and possibly expand our territory. Yet, our DNA hasn’t changed enough for us to not need that singular purpose, however.

With a sea of options of what to do with our life or even what to do in the run of a day, we’re given too many options when we’re genetically programmed to focus on one.

For the first time in 3 years, I’m single. I recently had to break up with the woman I was engaged to, the woman that was to be my wife. The term, ‘had to’ is true, but that in no way makes it easier or easy at all. I’m now faced daily with solitude, without a woman I truly loved to communicate with, to enjoy, to simply be with.

The options of what to do are endless, which isn’t good.

The options of what to think or what thought process to follow or what to remember about what we had are also endless. Again, not good.

I have to not only simplify my overall goal so as to focus, something I’d have to do anyway, but now I really have to do what’s next, and nothing else.

That is, do a task, then do the next one.

Reach a marker, then focus on reaching the next one.

We get outside of ourselves and knocked off our path almost routinely. We wander. We tread water wondering if the move we’re about to make is the right one. It’s paralysis by analysis and we’re all doing it.

I have to not only endure a difficult time, but grow from it.

I have to outgrow myself because of it.

None of what we face today is simple, which is why we have to work as hard at simplifying as we do at working. Simplification can take a second, but it often starts with a lot of contemplation, reading, and thinking.

In everyone’s life this exists. There is always a thing we should do now, and a thing we should do next. It’s the clarity, the ‘living in the moment’ you will need to create post-traumatic growth and antifragility (the latter isn’t just enduring pain and tragedy, but growing because of it and not in spite of it).

Eric Greitens wrote a great book called Resilience. In it he focuses a fair bit on warriors returning home and, for the first time in a long time, not having a clearly defined mission.

We all need a plan, a mission, and the steps we need to carry it out, or the markers we need to hit to achieve it.

In the book he talks about running he’d do as a Navy SEAL. They were trained to not focus on the entirety of the run, but the next marker they had to hit.

I really run into trouble with this. I focus on the entirety of everything and where I am in relation to where I want to end up; it’s simply the wrong way to think.

Life is judged by what you do, not by what you intend to do or the ambitions you had, and especially not by the talent and potential you had that could have resulted in great things.

If you and I would just do what we say we’re going to do we wouldn’t be able to stop eventual success – success defined by achievement and by who we become.

If you have a list of things you have to do in a day, do them all, and always do them all.

That’s how you pull yourself out of a pit, out of uncertainty, and into success, happiness, and most importantly of all, meaning, something we often lack or are ignorant of amidst a painful circumstance.

Grow From the Only Thing We CAN Grow From

Doctors tend to focus on the negative. They want to solve something through medication or surgery, thus, post-traumatic GROWTH isn’t talked about and it sure isn’t funded.

You’d think that if there’s a positive response to the same thing that there’s a very negative response to, we’d be studying what makes the response and the outcome positive, alas, we depend on men like Taleb to do such things.

The growth response is a choice.

It’s a choice to detach and to learn from what we’re going through or have gone through.

It’s a choice to focus on the micro and trust in the macro.

If the micro is taken care of the macro will be won because it’s won by smaller, daily victories in the seeming minutia of our daily tasks.

Why write this article, for instance?

It seems small in comparison to where I want to go and what I want to become, you know, the macro.

Will this propel my business forward?

Will it get me what I want overall?

Does it have the potential to reach a single person, to strengthen a bond with a customer, and to maybe even help my brand by strengthening a connection with one individual?

Yes, it has that potential.

This article is also an exercise in clarity. It’s strengthened my own views of how to win from stress, not necessarily by writing it but definitely by reading what I needed to read to be able to write it.

We do have a choice, then.

We can choose the path of growth.

We can give the macro to God, to the universe, to fate, to faith, to whatever your beliefs dictate you ought to give it to, and to do our best with the seemingly little things that have to be completed regardless.

We can take the pain, we can absorb it, we can learn from it, we can become antifragile because of it.

We can win because of the pain we go through, not in spite of it and not being destroyed because of it.

Pain, stress, catastrophes are a part of life and an inevitable aspect of your story.

Being that they’re inevitable should lead us to choose to use them, even trying to appreciate them for what can be gained because of them or in response to them.

It isn’t an easy or common response. Self-pity is much easier and much more common. But what’s easy is rarely what’s good, and it’s often the most destructive path one can take, ending any opportunity for growth and guaranteeing dependence all at the same time.